The Interior Ministry’s Counter Counterfeit Committee has suspended a company operating a tobacco factory in Sen Sok district in Phnom Penh after officials found that it was involved in the illegal production of tobacco products. 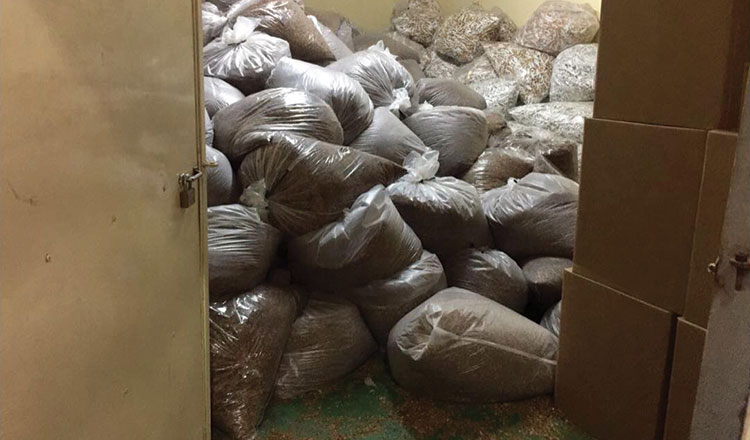 “We found that the facility had no permission to produce but we still don’t know if those cigarettes are fake,” Mr Yuthea said. “We sent samples to a lab and we are now looking for the owner – as we only spoke to a floor manager.”

Mr Yuthea said that following the inspection, officials searched for the owner, who is suspected to be a Chinese national, but could not locate him.

“We are looking for the owner and other stakeholders behind this case. If the owner is running an illegal cigarette production facility then it is just a small offence,” he said. “But if we find out those are fake cigarettes, then it’s a criminal offence.”

Officials confiscated packs of cigarettes with popular brand names such as Marlboro and LM to be submitted as evidence in the case.