Funcinpec party president Prince Norodom Ranariddh sustained serious injuries in a traffic accident yesterday while his wife died when their BMW collided with a taxi along National Road 4 in Preah Sihanouk province.

The accident occurred at about 10am yesterday when a taxi swerved and collided head-on with Prince Ranariddh’s vehicle in Prey Nop district’s Ou’Oknha Heng commune, according to provincial police chief Major General Chuon Narin.

“He was injured and is receiving treatment at a hospital in Sihanoukville,” Maj Gen Narin said.

Suon Kimsong, Prey Nop district deputy police chief, said that an SUV Highlander travelling from Preah Sihanouk province to Phnom Penh crashed into Prince Ranariddh’s BMW X3 yesterday while the prince was on his way to meet his supporters in the province.

Sechou Sethychout, deputy director of the provincial health department, said that Prince Ranariddh and his wife were transferred by helicopter to a Phnom Penh hospital yesterday afternoon, noting that the Prince is in serious condition. 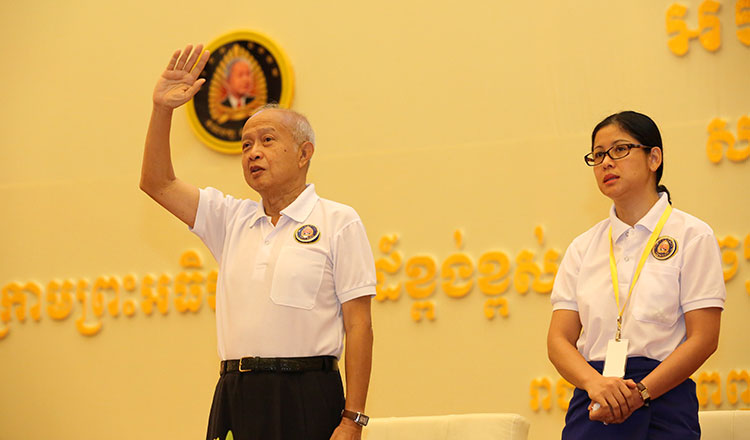 The driver of the Highlander carrying four passengers was attempting to overtake another car in front of him, but he swerved and slammed into Prince Ranariddh’s BMW, said Preah Sihanouk Governor Yun Min.

Mr Min said police identified the taxi driver as Vol Saret, 34, who is now being detained for questioning over the crash.

“It is a mistake of the driver for overtaking another car carelessly,” Mr Min said.

Yim Savy, Funcinpec secretary general who was travelling in a convoy with Prince Ranariddh yesterday, said the Prince was due to meet supporters in the province.

“Our cars were driving slowly at about 50 kilometres per hour,” he said. “So when we arrived at the scene, one car hit prince Ranariddh’s car.”

He confirmed that the Prince was flown by helicopter to Royal Phnom Penh Hospital for medical treatment.

Prince Ranaiddh was scheduled to be flown to Bangkok for medical treatment yesterday night while his wife’s body will be kept for a funeral in Phnom Penh, Bayon TV reported.

Ms Phalla, 39, was the mother of two sons and was standing as a lawmaker candidate for Prey Veng province in the upcoming national election on July 29.

In April 2015, Prince Ranariddh and his wife were also involved in the car accident in Kampong Cham province’s Prey Chhor district after visiting local supporters. 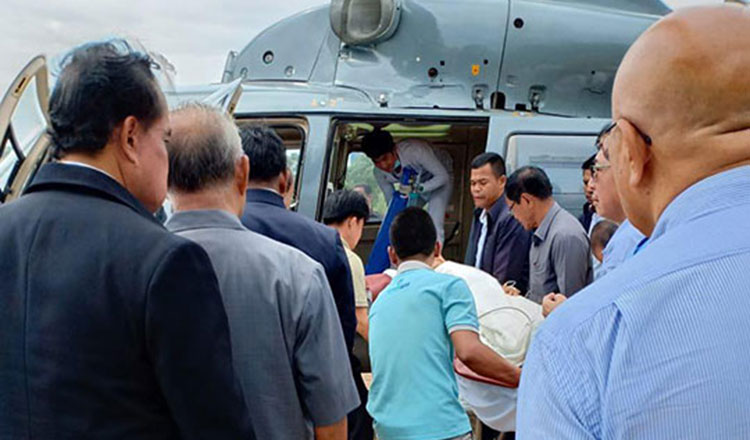 A truck laden with soil side-swiped his BMW and his bodyguard’s pickup, injuring a total of six people. His wife sustained severe head injuries in the crash.