Home - US advocates for release of two RFA reporters

US advocates for release of two RFA reporters

US congressmen have urged the government to release two former Radio Free Asia journalists who remain jailed over espionage charges for allegedly sending reports to the US.

Eight US congressmen wrote a letter to US Ambassador to Cambodia William Heidt to continue to advocate for the release of Uon Chhin and Yeang Sothearin who were arrested in Phnom Penh’s Marady Hotel on November 14 and accused of espionage.

“As members of the United States Congress, we are concerned not only about the downward spiral of Cambodia’s fragile democracy, but also about the detention of numerous people caught up in Hun Sen’s autocratic net,” the letter said.

“It is with this repressive atmosphere in mind that we request your attention to the detention of journalists Uon Chhin and Yeang Sothearin. We are aware that the State Department has advocated for them and encourage further efforts to ensure their swift release,” the letter added. 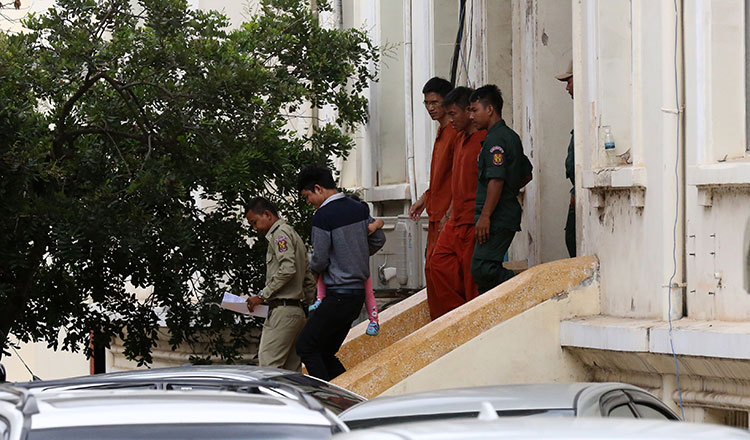 On May 20, the municipal court extended the pre-trial detention of the two former journalists by another six months to continue investigations over the espionage charges.

David Josar, US Embassy spokesman, said yesterday that the charge against Mr Chhin and Mr Sothearin were politically motivated.

“The espionage charges against the former Radio Free Asia journalists are a politically motivated attempt to undermine media freedom and to dissuade other journalists from doing their jobs,” Mr Josar said.

Justice Ministry spokesman Chin Malin said that the government could not interfere in the judiciary system.

“The government has no right to meddle in court procedure because these men are under investigation by the investigating judge,” Mr Malin said. “If the US wants to help them, they can follow Cambodian law by finding them lawyers.”