It might not be really easy for readers in this generation to find a novel written with sharp and straight words, plus fancy drawings to make the story more understandable.

It’s even harder for many authors to compose stories and draw the scenes with utmost precision and creativity. But Em Satya is different – proving that he’s not only good with words and storytelling but also has real skills in drawing. He published “Flower of Battambang” in 2006 and gave Cambodians a nice and creative piece to read and explore.

The title of this book clearly shows what the author wants to tell. It is mainly a love story set in Battambang province between a humble and talented young man named Sotha and a wealthy merchant’s daughter named Phalla.

However, Sotha is set up in an unfortunate circumstance. When a gang tries to steal Phalla’s motorbike and hurt her, Sotha is framed and is accused as main suspect.

Phalla is made to believe that it was Sotha who tried to injure her and that Davit, a guy who has a huge crush on Phalla, turns up and pretends to be Phalla’s hero. Phalla’s parents agreed to let her be engaged with Davit as a way of expressing their gratitude to the man who save their daughter’s life. Phalla does not love Davit, but she finds no reason to disappoint her parents’ wish. 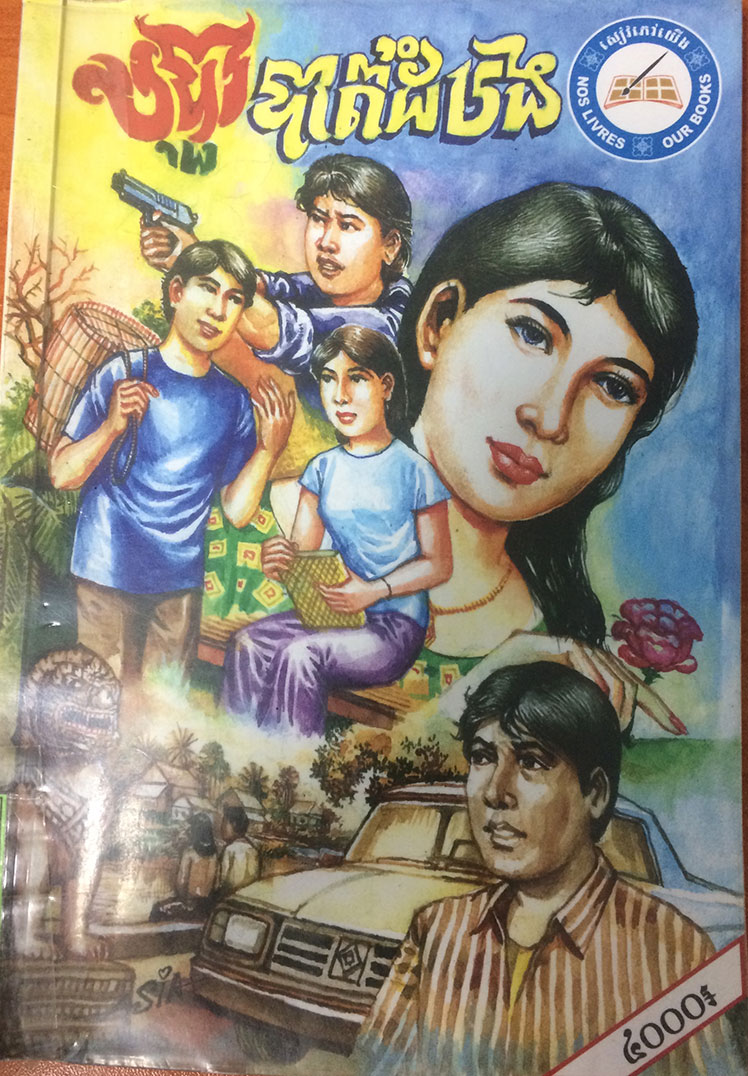 Sotha, meanwhile, lost his one great love because of the incident. He wants to tell her the truth, but he is given no chance to explain himself. To heal his broken heart, he decides to leave Battambang and go to Phnom Penh to start a new life. Good people really get good karma. Sotha becomes not just a good composer, but also a famous singer after an entertainment production company hired him. But despite the fame, Sotha never stops loving the girl who refused to believe in his goodness.

After seeing Sotha’s performances on TV, Phalla tears up. She knows how much love Sotha has for her, but she wonders how the man he loved back committed a crime.

With the intention to see Sotha and know how he’s doing, Phalla comes to see him. She then overhears a conversation about the gang who framed up Sotha. This is how she realises that it was a mistake not listening to Sotha’s side before. Davit’s group is then arrested by police after the truth is revealed.

Sotha and Phalla, who admit that they still harbor love for each other, finally get the chance to be together.

More than giving readers entertainment through words and drawings, the author also wants people to think about their judgments towards others.

In the Realm of Hungry Ghosts