Families living occupying cemeteries in Phnom Penh’s Chbar Ampov district are showing reluctance in moving to a new location offered by City Hall, saying that the new houses are inadequate.

Phnom Penh Governor Khuong Sreng on Sunday visited residents of the Smor San community in Chbar Ampov II commune to ask them to relocate to Kouk Roka commune’s Andong village, where each family was promised a 25 square-metre home.

Sun Ramaly, head of the Smor San community, said yesterday that following the meeting with the governor, almost every resident expressed their reluctance to move. She said that according to residents, the houses are narrow and they find it difficult to live in.

“We appreciate City Hall paying attention to Smor San community members, but we would like to request if it could be possible that the houses be a little bigger,” Ms Ramaly said. “If possible, we would like to also propose that the budget be spent at another location, which we find to be even better.” 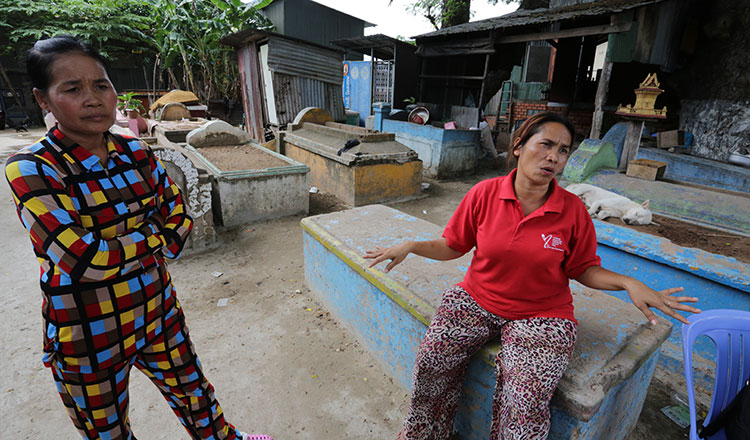 It is a sentiment shared among most people living in the community.

Toek Channa, a 45-year-old resident, said that her family of seven would not be able to live in the small house, especailly since there is not any land around it.

“I’ve already been there. The house was small with something that looked like a zinc roof – making it look like a rented house, we can’t accept this,” Ms Channa said. “Moreover, we are used to living here and we have jobs here. If we move to a new location, it will take a long time for us to get back on our feet.”

Phang Leakvongsa, a 48-year-old community doctor, said that most families have roots going back to 2012 when families began buying land next to the cemeteries.

“My business is in this village and if we go to a new place, it would be hard to start the business again,” Mr Leakvongsa said. “But if City Hall wants us to move, then we would like to negotiate a fair deal.” 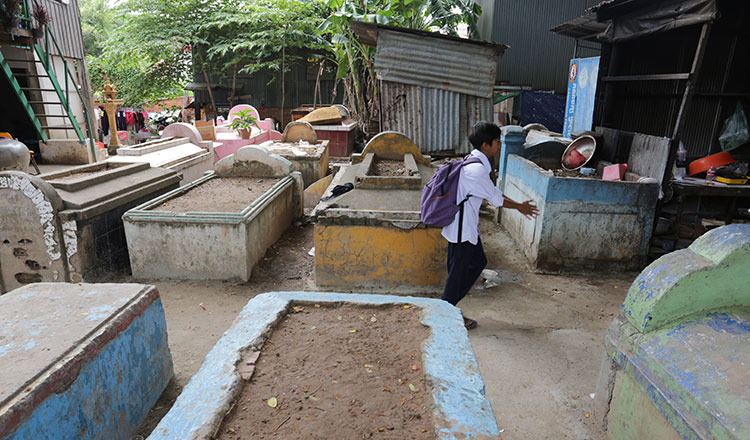 In response, Chbar Ampov district Governor Cheng Monyra said yesterday that the decision to move is up to residents and that the authorities will not coerce individuals into moving.

“We aren’t sure who agrees and who disagrees with the move, families were saying that they needed to discuss it first,” he said. “But we won’t coerce them, we’ll give them time to consider.”

Sam Vicheat, a programme director with the Housing Rights Task Force, said yesterday that people have the right to live where they please, but noted that City Hall has provided a better way to live.

“It’s not good to live in the cemeteries,” he said.