The Senate yesterday passed an amendment on a law regulating mineral resources management and exploitation in a bid to regulate the mining sector and punish offenders.

The Senate issued a statement yesterday, saying that the amendment was adopted unanimously by all senators.

The amendment was made to a 2001 law that did not include a clause regulating punishments for mining operators who violated the law.

Senate spokesman Mam Bun Neang said that the amendment entitled the Ministry of Mines and Energy to create its own judicial police force to enforce the law.

Mr Bun Neang noted the amendment followed a poisoning case in Kratie province, where 13 people died last month and which villagers believed to be caused by gold mining run-off from neighbouring provinces.

“According to this law, the ministry or relevant institutions now have the right to take action and respond to what affects the people,” he said. 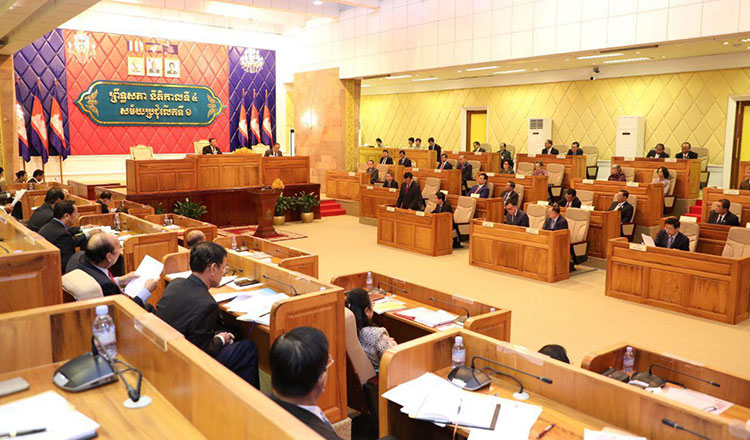 The amendment was initially passed by the National Assembly on May 31.

One of the amended articles says that miners and mining concessionaires who commit mining offences could face a fine of up to $12,500 and up to five years in prison.

The amendments followed the recent closure of nearly 30 illegal gold mining operations in Mondolkiri province as officials with the Mines and Environment Ministries carried out a compliance push in the wake of the Kratie poisoning case.

Villagers claimed gold mining run-off was to blame for deaths in the case, but the government has officially fingered herbicide run-off and methanol-laced rice wine.

Dith Tina, a secretary of state at the Ministry of Mines, said last month that the ministry scrutinised all mining licenses, curtailing more than 150 licenses in 2013 to 60 licenses last year.