Police are hunting a woman and two of her bodyguards over the attempted murder of a military police officer in Preah Sihanouk province.

Captain Nhear Viseth, deputy chief of the justice research department with the provincial military police, said that on Saturday morning he was ordered by Provincial Governor Yun Min to lead a group of about ten military police to conduct investigations and meet farmers who had a land conflict with Ms Srey Touch in Prey Nop district.

Cap Viseth said that when he arrived at Ms Srey Touch’s farm, he saw villagers protesting. 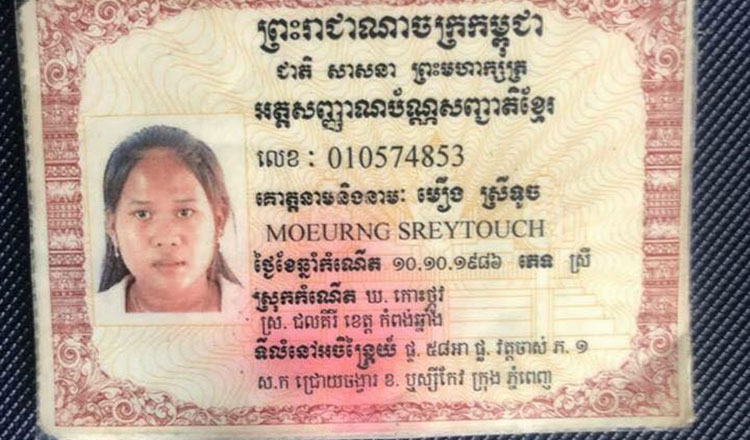 Ms Srey Touch and her two bodyguards were also there. The villagers were claiming that Ms Srey Touch grabbed their land and they were demanding it back.

He said he invited Ms Srey Touch to answer questions about the land dispute. She asked him to sit inside her Lexus car with her, along with her bodyguards, to chat.

“But when I got into her car, she ordered her driver to drive off,” he said. “She ordered her bodyguards to confiscate my mobile phone and switch it off. They then caught me, beat me and ordered me not to be involved with the land dispute case.”

Cap Viseth said that while they were driving along National Road 4 toward Phnom Penh, he pushed the car door open and jumped out, seriously injuring his head.

He then ran into a forest and fled. He later contacted military police and was rescued.

Police took him to a private clinic in Preah Sihanouk province for treatment, where he remains.

Governor Min could not be reached for comment yesterday.