A former Buddhist monk was arrested yesterday in Pailin province for allegedly killing his mother with an axe and seriously injuring his younger brother and sister.

The murder took place yesterday at about 6.30am at the victims’ house in Sala Krao district.

Captain Sok Sorphoan, deputy chief of Stung Trang commue police, said the suspect was married and had two sons, aged five and six. He divorced his wife last year and became a monk in the province, he noted. 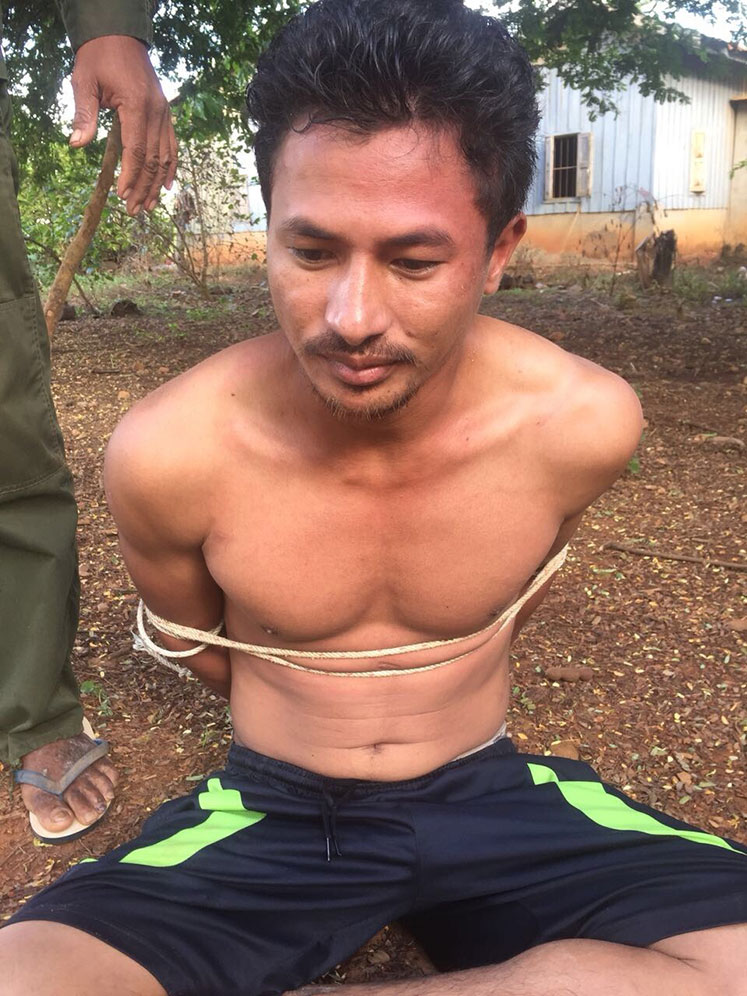 His sons were looked after by his mother and stayed with her, Cap Sorphoan added.

Mr Neang quit the monkhood in early May and returned to live with his wife.

He asked his mother to give him his sons back, but she refused because she had fed and taken care of them for a year and she liked them, Cap Sorphoan said.

The suspect and his mother then got into an argument.

Mr Neang went back to his mother’s house yesterday and asked her again to let his sons live with him but she refused.

“He was angry at his mother for not giving him his two sons,” Cap Sorphoan said. “He then took a big axe and hacked her head, killing her immediately.” He said that while the suspect was beating his mother, his brother and sister tried to intervene and grab the axe.

He fled but was arrested in the village by local police the same morning, after which the axe was seized by police.

Cap Sorphoan said that the wounded victims were sent to the provincial referral hospital in Pailin for treatment and are expected to survive.

“He was accused by police of intentional murder and faces up to 15 years in prison if convicted,” he said.

Mr Neang will be sent to Pailin Provincial Court for questioning this morning, he added.