Home - PM vows to stay on as premier to quash traitors

PM vows to stay on as premier to quash traitors

Prime Minister Hun Sen yesterday reiterated that he will rule the country for ten more years, noting that he must do so to ensure the elimination of a treasonous group determined to undermine the Kingdom.

Speaking at a graduation ceremony in Phnom Penh, Mr Hun Sen said that he will serve two more mandates as Prime Minister in order to ensure continued peace and development in the country.

“I cannot allow somebody to destroy Cambodia,” he said. “Before, I wanted rest, but then the treasonous group emerged so I decided to extend my office for ten more years.”

Mr Hun Sen noted that the treasonous group was intent on toppling the government through a colour revolution.

Former CNRP leader Kem Sokha remains jailed on treason charges after he was arrested and accused of colluding with the US to topple the government through a colour revolution in September.

The Supreme Court then dissolved the CNRP in November and banned 118 senior party members from politics for five years.

Mr Hun Sen said that he must remain in office because he wanted to usher Cambodia into becoming an upper middle-income country.

“Now I am not too old,” he said. “Because of my goal, I will stay on as the Prime Minister until 2028 and I want to succeed in upgrading Cambodia to an upper middle-income country.”

Mr Hun Sen first took office on January 14, 1985, becoming the world’s youngest prime minister at 32. He was elected by the National Assembly after having served as foreign minister.

Political analyst Hang Vitou agreed with the premier’s remarks, noting that it was up to the people to support and vote for him.

“I think it is right because if ruling CPP members still support him as Prime Minister, they will vote for him and he can likely keep the office,” he said. “But I also think he is just saying this stuff to attract votes before the election in July.”

Sok Eysan, spokesman for the CPP, disagreed that Mr Hun Sen was raising the case of the dissolved CNRP to attract votes.

“Prime Minister Hun Sen wanted to show something real to the people so that they understand it clearly and they cannot be duped by the opposition group,” Mr Eysan said. 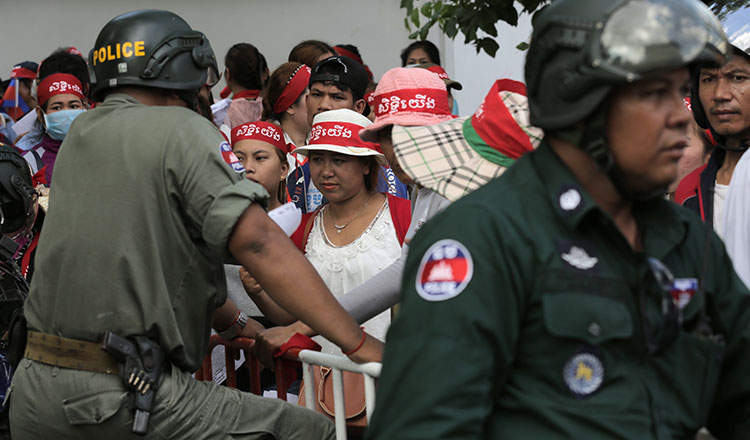 Meanwhile, King Norodom Sihamoni appealed to people to vote in the upcoming election in an open letter released to the public yesterday.

“The election on Sunday, July 29 will be free, fair, just, equal and a secret election in accordance with multi-party democracy,” the King said. “Please don’t be concerned about pressure, intimidation or threats by someone or any political parties.”