Pregnant women from poor families are to get cash help under a scheme announced yesterday by Prime Minister Hun Sen.

Mr Hun Sen spoke of the benefits at an event at the Koh Pich Exhibition Centre to mark Cambodia Veterans Day.

“When they are pregnant, they will get money from the government in three phases,” he said. “In the first phase, they will get 40,000 riel or $10 at the start of pregnancy.

“I want to take this opportunity to announce the new policy which involves distributing money to help poor people in a way we did previously with pregnant women who work for the armed forces and in public service,” he added. “The latter groups get 800,000 riel or $200 when they have a baby.” 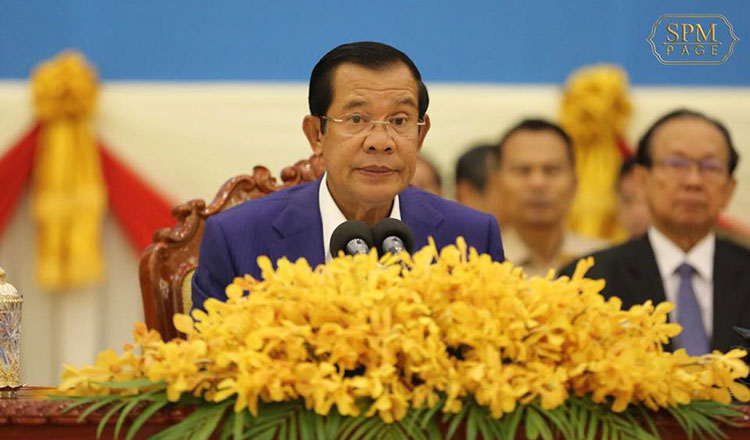 Mr Hun Sen noted that more than 20,000 garment workers have had babies since January and are also receiving money from the government.

Mr Hun Sen said the measures represented the special attention paid by the government under the leadership of the Cambodian People’s Party.

Ros Sopheap, executive director of the NGO Gender and Development for Cambodia, said she welcomed what Mr Hun Sen was doing for poor women.

“I congratulate the plan of Mr Hun Sen to help pregnant women,” she said. “He often thinks about and pays attention to poor women but I have some more ideas for him to think about on this plan.”

Ms Sopheap thought the scheme was not so good for women who were pregnant already because it was not of much benefit for them. They would get benefits, but not enough.

“As we work with women we see that they also need good healthcare while they are preparing for their baby,” she said. “The Prime Minister should have another policy to help women take care of their health before they have the baby.”

She noted that this would make sure women gave birth in good health and help reduce the death rate of mothers and babies.