The government has chosen June 15 as the date for an annual National Day of Technical and Vocational Education and Training in order to promote job skills for youth to further their careers.

Pich Sophoan, a secretary of state with the Ministry of Labour, said that the inaugural day will be held later this month and every year thereafter.

Mr Sophoan said the aim of the day is to promote the development of a quality and efficient labour force to meet domestic needs.

He said that later this month, the ministry will hold the event at the Koh Pich Exhibition Centre in Phnom Penh, where parents and students can learn of the importance of technical skills training.

“In order to contribute to achieving the government’s vision to transform the country into a middle-income country by 2030, the young must continue to develop their capabilities and skills to become a resource with the potential to respond to future labour market needs,” he said. 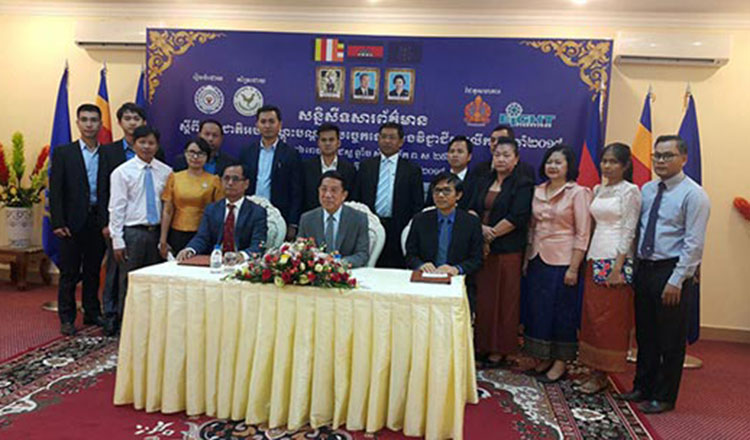 Mr Sophoan said that the exhibition is expected to have about 20,000 participants.

Son Sopheakna, a university student, said that she will join the event this year.

“For some students, their study skills are different from what the job market needs,” she said. “So this event will help us understand where the jobs are.”

She added that the national day will give a chance for all student to understand and got advice from expert officials to explain skill and how to get a job easily.

In April, Prime Minister Hun Sen noted the lack of skilled workers in the country as he defended Chinese companies that employed Chinese workers at their construction sites.

Mr Hun Sen said that because Cambodia lacked skilled workers, some companies and foreign investors brought their own technicians and workers to implement their projects.