Jobless garment workers to get paid

Former workers at two Kampong Speu province factories whose bosses fled without paying their wages have been called to check lists of those being recompensated by the government.

The Labour Ministry said the lists would be available at the provincial labour department from Thursday until Friday of next week. Workers from the Kae Vy and Everise textile factories in Samraong Tong district were instructed to check the lists.

“The employees must bring proper employment documentation including their company ID card and wage or pay slips with them when they come to get their money at the labour department,” the ministry said. 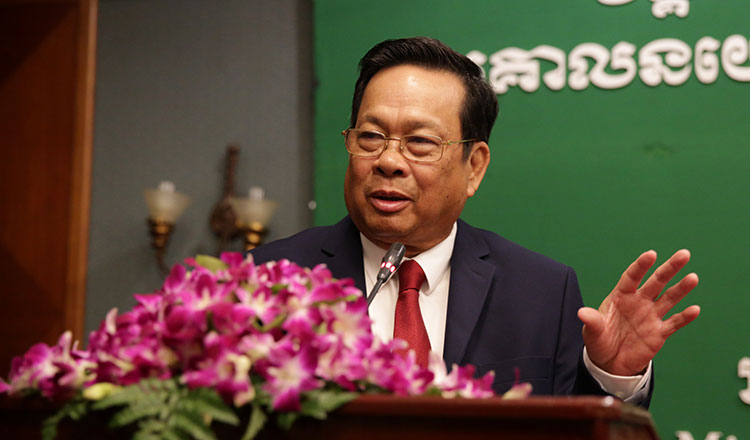 In February, Prime Minister Hun Sen announced that the government was prepared to pay $4.6 million to 4,100 factory workers whose employers had fled.

They were from nine factories, of which five were in Phnom Penh, one was in Kandal province and another three were in Kampong Speu province.

Pav Sina, president of the Collective Union of Movement of Workers, said the compensation scheme was a good solution that the workers really wanted because they did not have money for daily living expenses.

Mr Sina said that the government should ask employers or investors to keep some money with a bank or the Cambodian state to prevent employers from escaping or closing a factory without paying workers.

Labour Ministry secretary of state Mam Vannak said previously that the ministry was creating a committee made up of officials from relevant institutions to settle current cases and solve the issue of factory owners fleeing. In February, senior ministry officials said employers who ran away from their factories would face lawsuits.

Ministry spokesman Heng Sour said there had been some criticism that employers could leave the country easily, often leaving their workers unpaid.

“It does not mean that employers escape, and those employers have no obligations,” he said. “I would like to confirm that employers who escape from Cambodia face lawsuits at the court over their debts in Cambodia.”

He added that the ministry was urging factories to pay their employees twice per month to reduce any risks if the employers left.