Authorities are searching for the ringleaders involved in the trafficking of an undisclosed amount of drugs seized at Phnom Penh International Airport on Sunday.

Customs officials detained two Thai women, along with a minor who had accompanied them, after they found drugs hidden in their belongings on Sunday, according to a senior official.

General Meas Vyrith, secretary general at the National Authority for Combating Drugs, said that the suspects arrested were not the actual ringleaders, noting that they were hired as mules.

“How can they have enough money to buy large amounts of drugs?” Gen Vyrith said. “They were commissioned as transporters and two of them were arrested along with a child. It is a way for them to blend in and avoid police suspicion.” 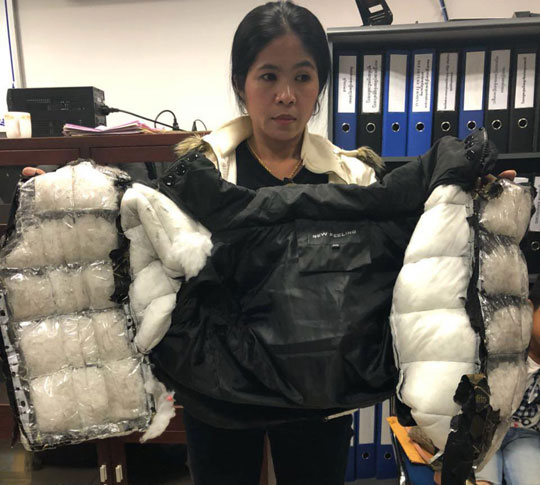 “But we have our own mechanism to trace [the origin] of the drugs just by looking at them,” he added.

Gen Vyrith denied to reveal the departure point of those arrested or the amount of drugs seized, fearing that it might disrupt the investigation into the ringleaders.

“We can’t comment on the weight of the drugs that were confiscated because we haven’t weighed it yet,” Gen Vyrith said. “If we disclose the amount, it could tip off the ringleaders and give them time to escape. We will keep it until we have enough information leading to the big fish.”

However, pictures published by the anti-drugs authority suggests that the drugs were placed inside a container along with sweaters, presumably in an attempt to avoid detection. 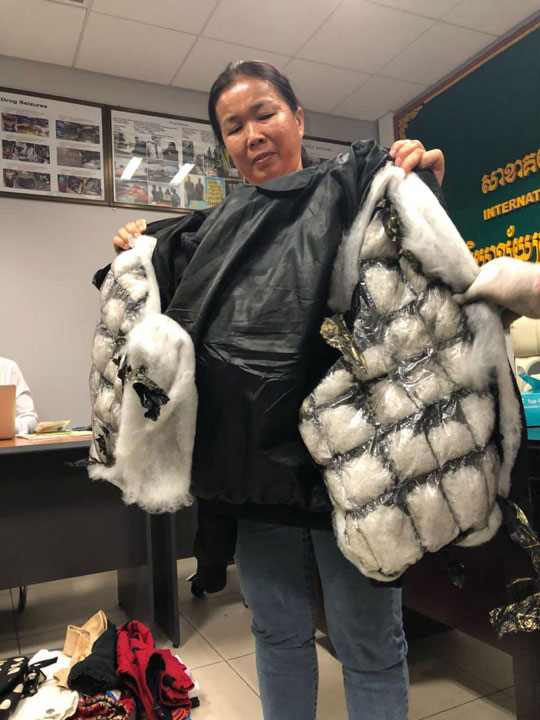 Pictures of the suspects’ boarding passes show that they were due to transit through Phnom Penh to Japan at about 10pm on Sunday.

Gen Vyrith said that the travel information collected by the authorities is likely a way to mislead investigators.

“They used our airport as a transit [point] and they might have wanted to travel to their real destination by land,” he said. 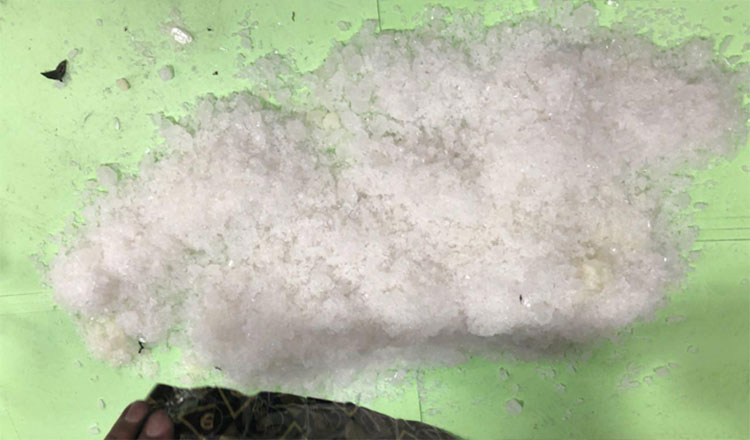 Y Sok Khy, director of the Interior Ministry’s Department of Transnational Crime, could not be reached for comment yesterday.

In Song, deputy director of the Interior Ministry’s Anti-Drugs Department, said yesterday that authorities are investigating the case to identify the ringleaders.

“We are working hard to investigate [this case] with other relevant bodies to find the people involved,” Mr Song said.