Chap Sopharith, chief of the provincial anti-economic crime bureau, said in a National Police report that at about 3.45am, his officers and a court prosecutor stopped two vehicles transporting the pork within 24 boxes weighing a total of 1,085 kilos.

Mr Sopharith said the two vehicles came through the Poipet International Checkpoint and were eventually stopped in Ou’ Ambel commune.

Mr Sopharith said the drivers of the two cars were detained for questioning after the seizures. He identified them as Yu Rotha, 38, and Siem Neng, 36. 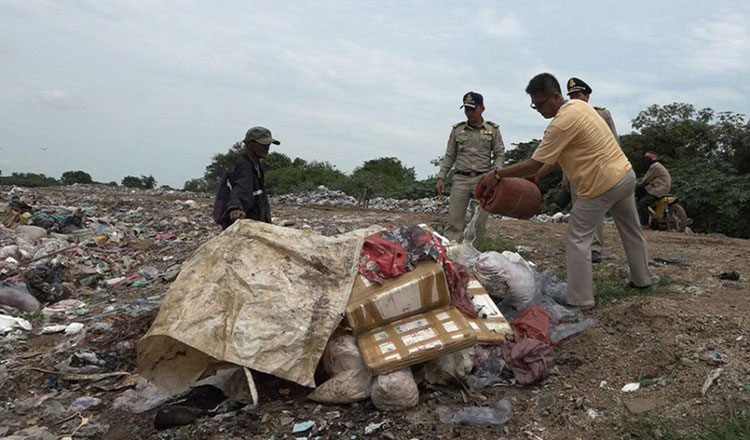 “According to answers from the two car owners, they were working for dealers illegally importing pork from Thailand to bring it to Phnom Penh,” he said. “They were hired to transport the goods at a rate of about $6 per box.”

Mr Khem added that authorities are now trying to track down the illegal traders who hired the two men to transport the pork.

Mr Khem also noted that the two drivers will be prosecuted and that paperwork is being prepared to send them to the provincial court.

Sok Keo Bandit, a deputy prosecutor with Banteay Meanchey Provincial Court, said that the traders behind the operation, along with the drivers, must be punished because the bad quality pork could have negatively affected the health of consumers in the capital.

“They were hired to transport bad quality goods, so we have to detain them because it is criminal,” he said.

As for the pork, anti-economic crime police burned all the meat seized yesterday at a garbage dump in Serey Sorphon city.