Thai authorities seized at least 12 items thought to be artefacts being smuggled out of Cambodian into Thailand yesterday through the Poipet International Checkpoint in Banteay Meanchey province only to be later informed by Cambodian officials that they were fakes.

Sem Makara, deputy chief of the border police station in Poipet city, said that the 12 items seized by Thai authorities in Sa Keo province including statues and Buddhist heads.

Mr Makara said a Thai national had hired a group of Cambodians to transport the goods across the border.

“After examining those statues, we found that they were made from wood and plastic,” he said. “They are not ancient artefacts that were being smuggled out of the country. They are just decoration pieces.”

Mr Makara noted that the Thai national originally purchased the goods in Siem Reap province and wanted to import them into Thailand.

Mr Makara said that Thai authorities wanted to make sure that ancient artefacts were not being stolen from Cambodia, leading to the seizure and the handing over of the goods for examination. 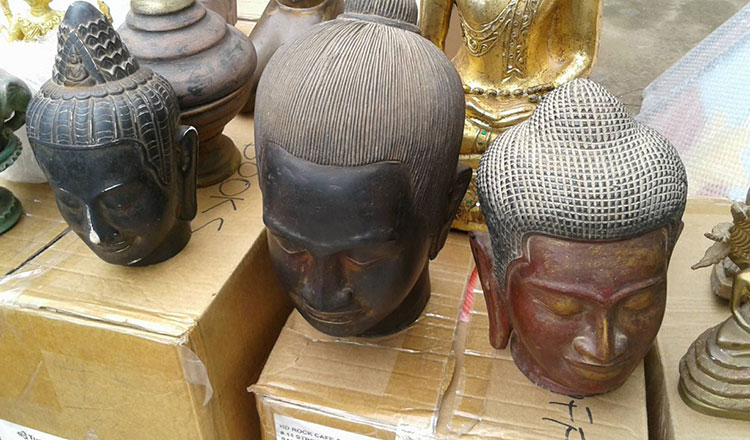 He said that Thai authorities recognised the goods as Khmer products and wanted to be sure they were not artefacts.

“Online news outlets posted stories about the case very quickly, leading to confusion,” he said. “The news stories made it seem like they were ancient artefacts, but that is not true.”

“Our expert officials took a look at them and made the correct conclusion,” he added. 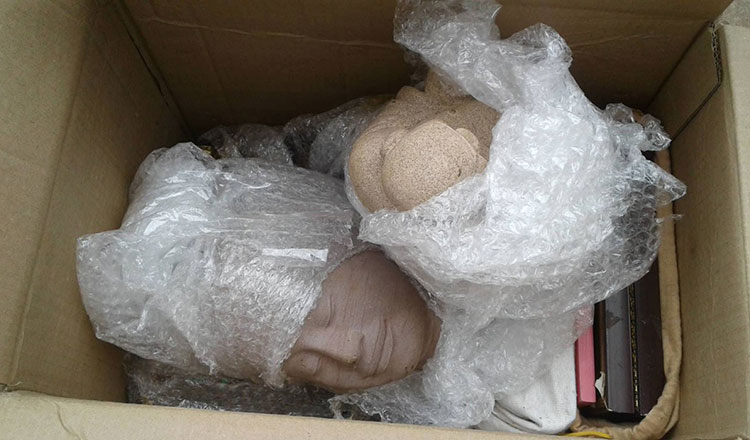 Mr Makara added that the owner of the goods agreed to let Cambodian authorities keep the products for further examination.

“The owner agreed to provide them to Cambodia authorities after they were seized so we can continue examining them all,” he said. “She did not demand them back. Now, I am contacting officials with the Ministry of Cults and Religion.” 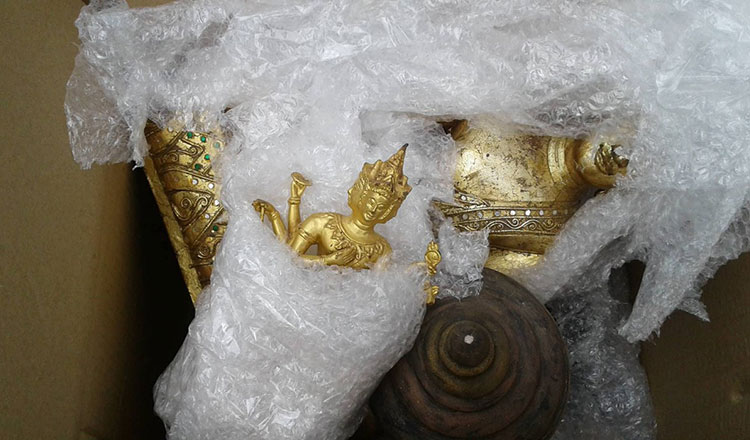