Head coach of top of the table NagaWorld says he is concerned about the threat posed by defending Metfone C-League champions Boeung Ket and league newcomers Visakha.

Matchweek eight kicks off tomorrow, with Meas Channa’s side meeting Visakha at Old Stadium and are attempting to maintain their two-point cushion ahead of fellow title-chasers Boeung Ket.

“The result is awesome for us to stand out,” said Naga coach Meas Channa speaking after last weekend’s defeat of Ministry of National Defense. “We are good but we need to strengthen further. From now on, every game is a final. For me, I am still worried about Visakha and Boeung Ket because we have not faced them yet. “

In their last outing, a brace from journeyman Nigerian striker George Bisan helped Naga to a 2-0 win over Ministry of National Defense and increase their lead at the top of the league pile.

However, Visakha have strengthened their squad with the addition of Cambodian national team regulars Keo Sokpheng and Sok Sovan and will be eager to bounce back from their loss to Police in their last match. 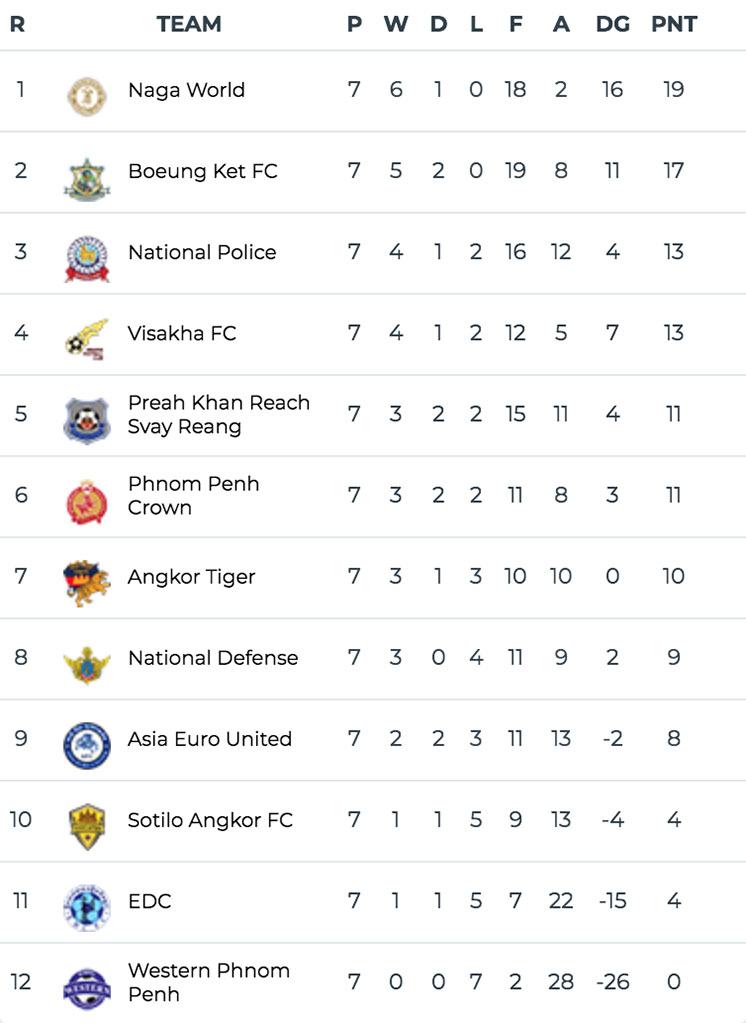 Elsewhere on Saturday, Angkor Tiger and Boeung Ket will meet for their fixture at the Old Stadium. After a 2-0 win over Western FC in their last league match, Tiger coach Oriol Mohedano was optimistic.

“I’m really happy about the victory at home, said the Spaniard. “We played very well, despite losing some important players. Still I do not forget to thank our loyal fans. The quality of the field is one thing but the fans are something we cannot thank enough.”

Asia Euro United and National Police will face off in tomorrow’s early kickoff.

On Sunday, six-time champs Phnom Penh Crown will attempt to shake off the disappointment of a draw in their last league outing – they meet winless Western at the Western Stadium at 3 pm.

The rumours were confirmed by Polroth who told the CNCC; “Nothing is confirmed as yet, we are waiting for our visa and then we can go for trial on July 1.”

According to reports, if the transfers go through, the duo could be set to sign two-year deals with the Spanish club.