Speaking during the inauguration of a cement factory in Battambang province, Mr Hun Sen criticised the claim by saying that it was foolish.

“I travel to visit workers everywhere and I met about 600,000 of them,” he said, “It’s foolish to make [statements] without knowing the past, or did they say it in order to attract votes?”

“They forget that I am the one who is at the rice fields more than others,” he added, noting that during the election campaign of 2003, he was criticised and mocked for harvesting rice alongside villagers.

The claim against Mr Hun Sen was made during a roundtable discussion at the Royal Academy of Cambodia on Tuesday by a party that Mr Hun Sen did not mention. 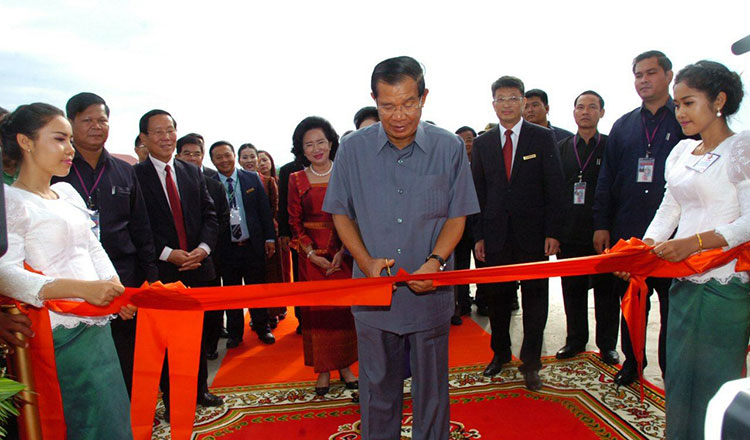 However, Yang Saing Koma, co-founder of the Grassroots Democracy Party, said during the roundtable that Mr Hun Sen was only concerned with welfare policies for factory workers, and not farmers.

Mr Saing Koma was referring to an announcement made by the Prime Minister saying that pregnant garment workers should receive $100 from the government.

During his speech, Mr Hun Sen added that the government pays attention to all workers in all sectors.

He emphasised that farmers are improving and enhancing themselves, while noting that the government has used millions of dollars to support the agriculture industry.

“It allowed me to start industrial development,” Mr Hun Sen said. “Previously, when we were with farmers, other parties said that we only love farmers and that we abandoned workers.”