A draft law on expanding the role of National Social Security Fund will be finalised this year, the Labour Minister said yesterday.

During the Consultation Workshop on Draft Law on Social Security Fund, Labour Minister Ith Samheng said that to improve living standards for people, the government has introduced a framework of social protection aimed at creating a consistent and sustainable social protection system.

“In order to implement the government’s recommendations and in accordance with the National Social Protection Policy framework 2016-2025, the Labour Ministry has received an approval from Prime Minister Hun Sen to prepare a draft law on Social Security Fund on healthcare, pensions, occupational risk and unemployment,” Mr Samheng said.

He said that unemployment is among the four sections in the draft law.

“I highly believe that this draft law is an essential, legal tool to carry out the National Social Protection Policy Framework,” Mr Samheng added. “Overall, the government has paid close attention to strengthening social protection and establishing a formal social insurance under the same roof to ensure equality, social solidarity and to promote the well-being of people.”

Ouk Samvithya, director of the NSSF, said yesterday that the draft law was created to more broadly cover the protection of people, especially in terms of the pension section which needs to be implemented next year. 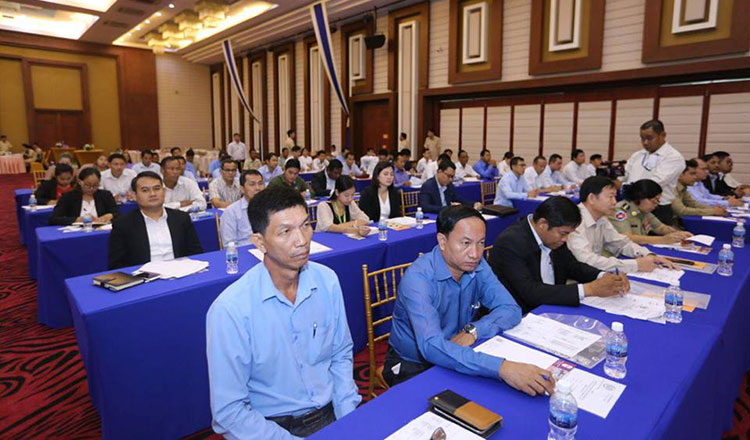 “We are discussing it further and then we will correct some of it before we send it to discuss again with inter-ministries,” Mr Samvithya said, adding that the draft law will be complete by the end of this year.

Kaing Monika, deputy secretary-general with the Garment Manufacturers Association in Cambodia, said yesterday that NSSF has been implemented for more than 10 years, but is in need of expansion by the government to protect all Cambodians, especially workers in the private sector.

“It does not only focus on the garment and footwear industry, but it also include hotels, banks and restaurants and so on,” Mr Monika said. “We think it is a good policy.”