It was a fun-filled and exciting experience for Phnom Penhers last week as hundreds witnessed the Lakhorn Niyeay or Spoken Theater performance called Driver Horm at the Cambodia-Korea Cooperation Center.

With the great efforts of Khmer Art Action and Lotus Radio, Driver Horm came alive on the center stage, giving the audience a rare glimpse of the story of “The Thief-Minded Boss” written by famous authors Pov Youleng and Um Chhoeun in 1956. The book, critical in nature, depicted the negative facet of the Cambodian society and the impacts of social classes. 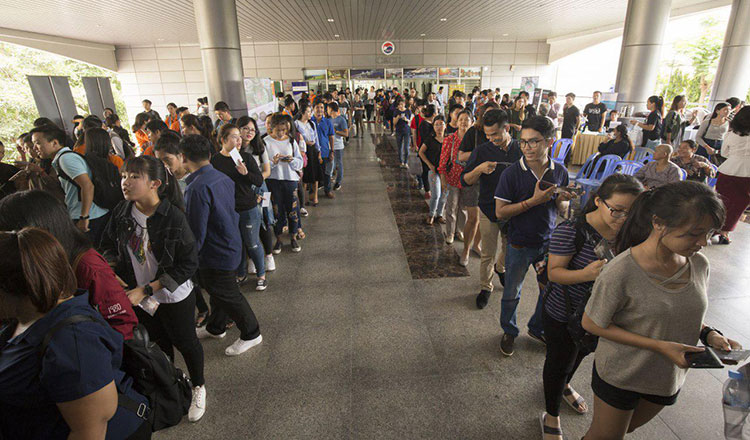 In a bid to relive the story, the organisers decided to stage the theater play so the young generation could understand how the society worked according to economic statuses. The organisers believed that such social classifications and discriminations have remained key problems in the present time.

Keo Ratha plays the role of Horm, a driver and the main character of the story. He works for a cruel and unforgiving boss, played by Orn Sopheak. Horm was asked by his boss to kill somebody. Needing money to support his sick wife and the education of his daughter, Horm was forced to agree on the deal. His boss promised him a big amount of sum. However, after doing his part of the deal, Horm found himself being arrested by police for murder.

Mr Sopheak said that he accepted the role to be Horm’s savage boss because he knew that his character is a symbol of today’s society. He also wanted to contribute to the preservation and promotion of Lakhorn Niyeay, which used to be a popular form of art in the past.

“Technology is developing and movie dramas are getting more and more popular everyday. People seem to have forgotten this kind of art, which has specific script, directing and acting forms. At the Royal University of Fine Arts, only 16 students have enrolled for this course,” Mr Sopheak shared.

Though many people showed up at last week’s play, Mr Sopheak said there’s so much more to be done in the local art scene. 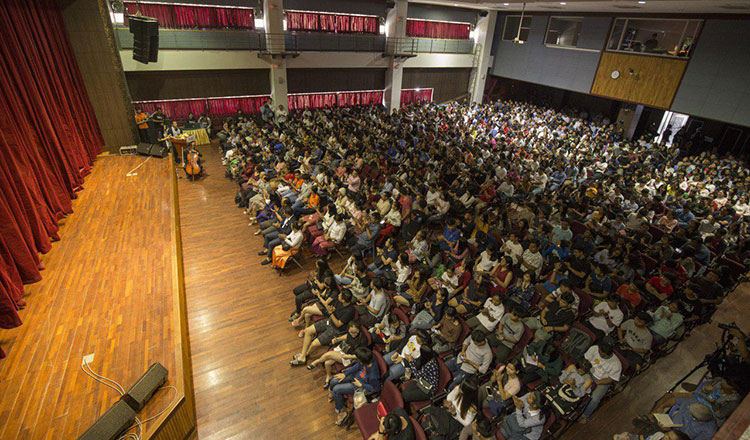 “Some said they are here to support us. Somehow, they sympathise with us because the performers are already old, but we still see nobody who might follow our footsteps. We are happy that many people supported this event, but what we really want is for them to understand the importance of this art and how this reflects the real society. It’s almost disappearing. If people don’t understand the art, how can they love it? ”

Sitting at the audience area was Ly Socheata, an Interior Design graduate from RUFA. She said she has never seen Lakhorn Niyeay, but she is a long-time fan of Khmer arts.

“Through media, I have heard that the actor playing Horm got an accident before performing last year. So, he had to use a wheelchair. I am really impressed to see him up on stage now. He really is devoted to this art. I didn’t want to miss his performance that’s why I came. I am happy to see that he has recovered,” Ms Socheata said.

Soung Sopheak, the man behind the play, said there are many reasons why he created the stage performance. Being the executive director of Khmer Art Action and with more than a decade experience in Lakhorn Niyeay, Mr Sopheak believed that such art form deserves to be seen by many. He didn’t mind pulling money from his own pocket and spending most of his time preparing for the show.

“Driver Horm originated from Khmer literature, depicting the reality in the 1960s Cambodia. This Lakhorn Niyeay is the best tool for students to understand the concept of the critical story,” Mr Sopheak explained.

But Mr Sopheak also echoed Mr Orn’s dilemma – the actors are now getting old and not to many people have shown interest to study the art.

“They rehearse for six months and get minimal fee. I understand that they do this for passion, not for money. I hope the new generation will understand and appreciate their efforts,” said Mr Sopheak. 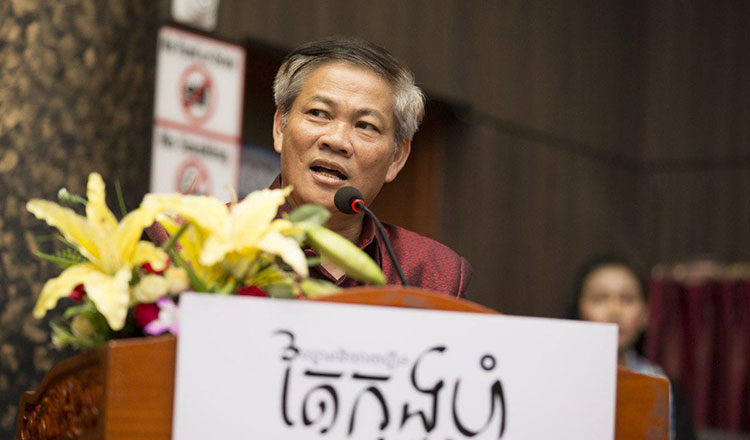 He added that Lakhorn Niyeay, or any stage performances for that matter, should also be given spacious venue so more people can come and see it. He said Cambodia needs a place where audiences of theater plays can sit comfortably and enjoy the show.

Aside from the play, Mr Sopheak – who is also a filmmaker – hopes to create a film depicting the same story so students will better understand the Cambodian society. He also hopes to get full support from the government in this future project.