“The Elephant Vanishes” is a collection of short stories widely famous among Japanese novel lovers. A few of these short series made it to become comic and fairytale themes read by children around Japan. Yet again, Haruki Murakami is able to captivate readers by his tactical way of writing, bringing into light characters that are mysterious, foundationless, impetuous and out-of-the-blue waiting for or looking out for things to happen to them.

His taste for characters shows a subtle contrast to other generic Japanese authors. Sometimes school dropouts or sacked employees, Murakami is able to bring to life detailed activities of these characters in their peculiar and grotesque life. The way words and situation are described in the stories are way more striking in the original Japanese version compared to the English-translated version.

The title of the book represents the final chapter of the book itself with an unsettled journey of an elephant, which disappears under the narrator’s vision – Marukami’s way of giving confusing perceptions of relative size. This theme seems odd in the more unanticipated tale of “the second bakery attack”, where a couple wake up in the middle of the night, lost in hunger, drive their car to McDonald’s and rob them of burgers in order to break out of that starvation curse. 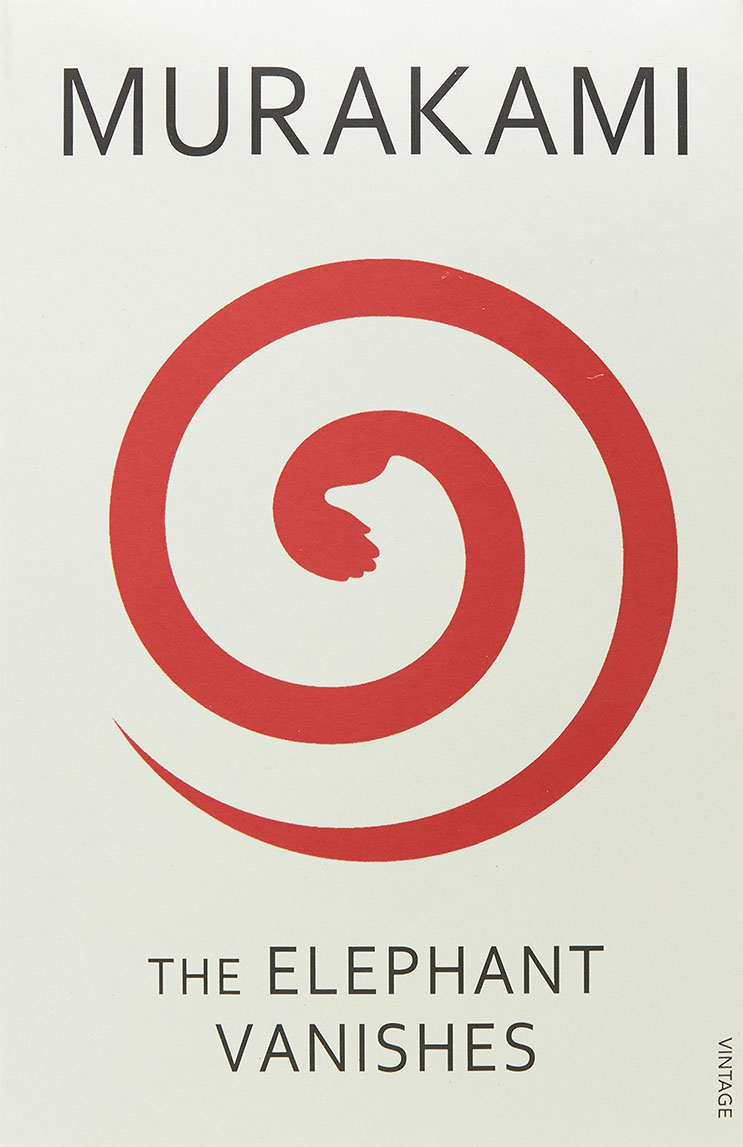 Murakami must already be named one of the greatest surrealists of his generation of novel writers. He is able to incorporate everyday events with tones that only exist in dreams. By that means he was able to create 17 distinctive brain-teasers. He challenges the conventional ways of how things are supposed to rule out or turn out. Things happen and vanish with a blink of an eye: a zoo goer witnesses an elephant vanish as it shrinks in its captivity while its keeper growing; a department store employee records a message to be sent to one of his customers about how he wants to sleep with her though they never actually met; a woman torments a tiny green monster who appears in her garden to propose for marriage.

Other stories include a man passively watching three strangers installing a TV and taking over his house and an anonymous girl calling up another person and seem to know everything about him. By far, many must have been in awe by Murakami’s seemingly boundless and gifted imagination.

The book costs about USD13. You may be able to find it at the Monument Bookstore, but it is widely available on Amazon and Kinokuniya in Thailand.