The National Election Committee is to print more than ten million ballot papers for July’s national election, despite a civil society group raising fears about irregularities.

NEC spokesman Dim Sovannarom said the organisation would print 10,525,650 papers soon, including 329,200 to be used as examples.

“One ballot paper costs 990 riel,” Mr Sovannarom said. “It will cost about $2.5 million to print the ballot papers. We need to print a lot of ballot papers because we need to use them to train officials and educate voters.”

“Moreover, we need reserve ballot papers at each polling station to ensure there are enough ballots during the election,” he added.

“The NEC should limit reserve ballot papers to about four or five percent because it also wastes the national budget,” he said. 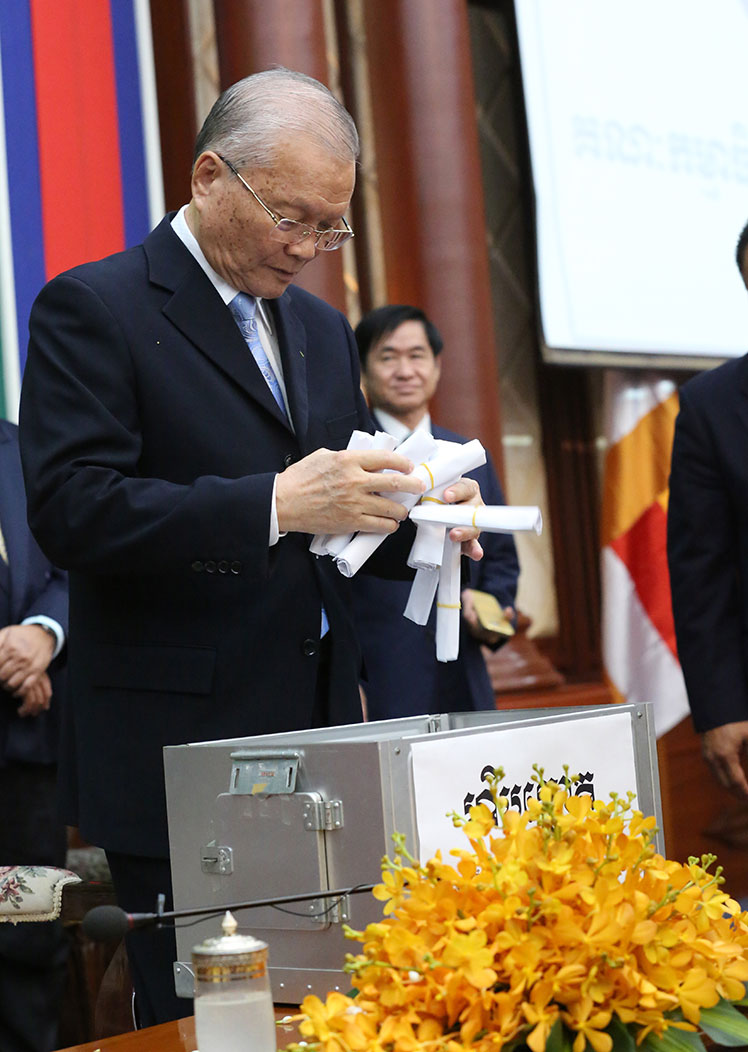 “We are worried that irregularities can happen if there are a lot of reserve ballot papers.”

Justice Ministry spokesman Kim Santepheap posted a warning on Facebook yesterday that anyone putting black ink on their finger to pretend they had voted would be committing a criminal offence.

He said anyone whose finger was blackened meant they had voted. The number of black fingers should equal the number of people who had cast their vote.

Political analyst Hang Vitou said the government should fine rather than jail anyone fraudulently using ink.

“I think it is too serious to imprison them,” he said. “And I do not think people would use other black ink because we have seen some people calling for a boycott and some people are going to vote.”