The Royal Cambodian Armed Forces held a military drill yesterday in which hundreds of rockets and artillery guns were fired to enhance the capacity of soldiers.

Speaking at the exercise site, Defence Minister General Tea Banh applauded the drills and successful firing of rockets and shells that hit 100 percent of their intended targets.

“This is to show the capacity and technology which we attained from hard work,” he said. “We have the ability to use this live-fire if needed.”

Gen Banh added that BM-21 rocket launcher can destroy enemy bases quickly and ensure the protection of the nation, noting that drills such as yesterday’s are necessary to enhance the capacity of the armed forces and ensure they are alert in the case of any threats. 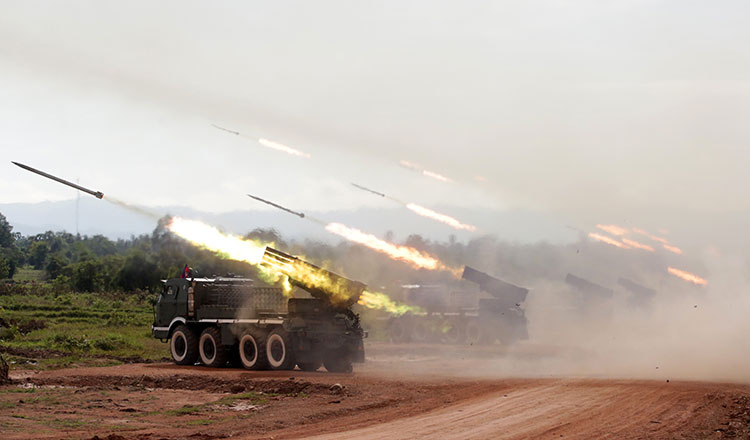 “This BM-21 showed its strong effect,” he said. “When there is any problem, we can destroy the target; in just only half of a minute, we can fire 800 rockets.”

This is third live-fire drill held by RCAF using heavy weapons. The first time was in 2010 in Kampong Chhnang province, and the second in Kampong Speu province, but both those drills were smaller.

“Right now, we can use these drills to monitor our weapons and make sure they are ready to be used if needed,” Gen Banh said.

During the exercise yesterday, drones were also deployed for reconnaissance of targets then hit by the weapons.

More than 1,000 soldiers from different divisions, headquarters and units participated in the live-fire drills and cheered as the targets were hit.

Gen Banh added that he wants the site used for the drill to become a permanent location for future drills.

“The drills could be bigger than this in the future,” he said, unveiling that Cambodia would this year again hold another live-fire drill with larger weapons once they arrive in Cambodia.

However, Gen Banh did not clarify when the weapons would arrive or where they were coming from. 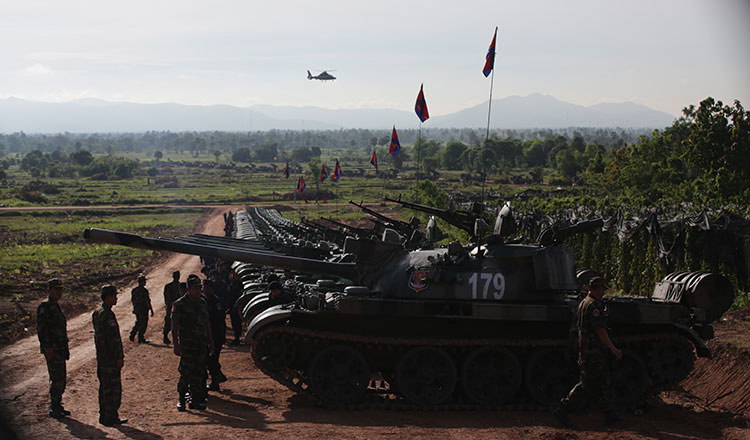 Gen Banh yesterday said that next month, the Chinese Defence Minister General Wei Fenghe will pay a visit to Cambodia from June 16 to 20 aimed at enhancing cooperation of both countries.

“We agreed to organise a military expo at Koh Pich,” he said.

Vendor accused over rape-murder of four-year-old