Sok Touch, president of the Royal Academy of Cambodia, said that the forum was to give each political party equal chance to present its platforms to the voters so that they could make their decisions based on clear policies.

Two of the 20 political parties registered for the election, the Khmer Anti-Poverty Party and League for Democracy Party, did not attend the roundtable, he said.

The roundtable began yesterday and will run until June 4 in a bid to provide voters with an opportunity to understand political party platforms, he said.

Mr Touch added that the parties’ history and platforms were recorded and stored at the RAC’s office so that people and researchers could access them.

“The people, researchers, or anyone who wants to know each party’s platforms raised or promised during the debates can find what each party has done and what it has not done, and what it has promised before the election,” he said.

Chhim Phal Virun, a representative of the ruling CPP, who participated in the roundtable, said that people knew that the CPP brought about peace and political stability to the country. 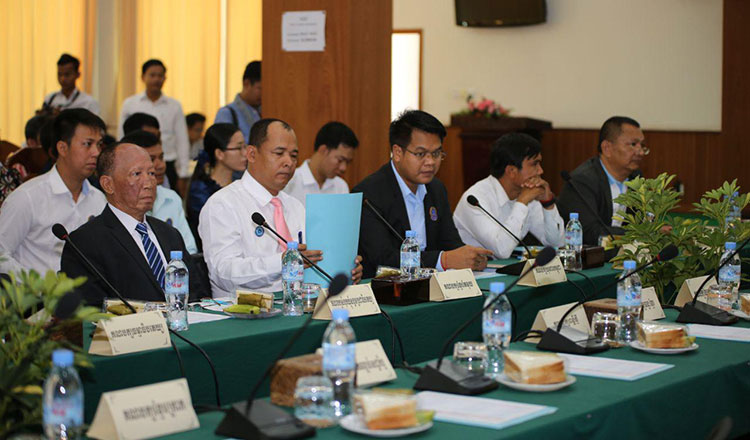 “This political platform is practical to ensure effective development for the people to live in peace, which the Cambodian People’s Party has maintained as a key foundation because war still threatens Cambodia,” he said. “And the CPP’s policy will not allow the destruction [by the Khmer Rouge regime] to return.”

Phan Sethy, a representative of the Funcinpec party, said that the royalist party was a former resistance fighter, expelling foreign invaders, bringing in democratic elections to Cambodia and reinstating the monarchy.

Mr Sethy said that the party’s platform included territorial protection, independence, neutrality, respect for the monarchy, rules of law and the improvement of education, health and the national economy.

“Samdech Krom Preah [Norodom Ranariddh] also cares about the party’s policies and strategies to help pay off the debt of the people who owe the banks and microfinance institutions,” he added.

Sam Inn, secretary-general of the Grassroots Democracy Party, said that the party wanted to create a new political culture by empowering and inspiring youths to participate in politics and solve problems.

Mr Inn said that the party had three main principles: strengthening solidarity between Khmer and Khmer despite different political trends, non-violence and justice related to health and education.

“The mission is to build a strong and dignified nation by training leaders to visit village, commune, district and provincial levels,” he said. “The party will train youths and empower them to become leaders.”

CPP gets last spot in the ballot