The Garment Manufacturers Association in Cambodia welcomed the approval of the amendment of article 89 of the Labour Law on worker protection and severance pay by the government on Friday, but the organisation’s head said the move could financially burden employers.

Kaing Monika, deputy secretary-general of GMAC, said yesterday that his organisation welcomes the amendment, but also said that the government needs to pay more attention to loopholes that could prove to be detrimental.

“The government is requiring employers to clear employee seniority and also pay future seniority on a regular basis depending on the amount of years employed,” he said. “While it’s good for worker-protection, this will surely be another financial burden for employers and possibly represent a human resource challenge as well.”

Mr Monika said that the move could cost employers huge amounts of money and present a serious cash-flow problem if the full amount of six-month pay is required to be paid off at once. 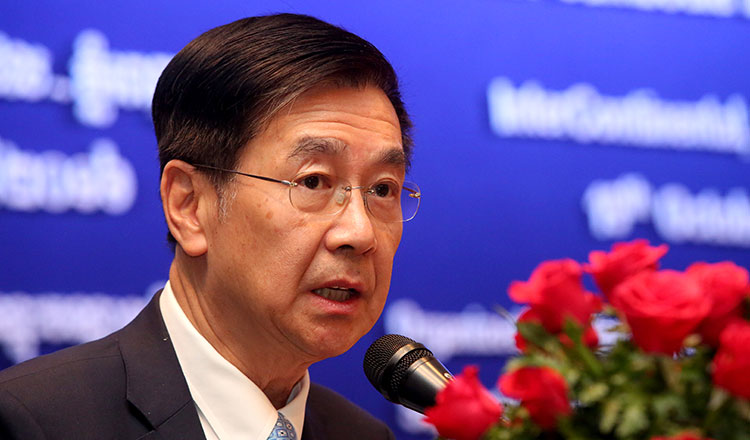 “We strongly suggest payments are made in phases. The amendment of article 89 may have far-reaching ramifications than just the financial burden,” he said. “The influx of resignations to collect the full amount of compensation at one time may occur if the amendment doesn’t stipulate certain conditions to discourage employees from leaving factories.”

Mr Monika cited article 116 which states that “wage and indemnity of any kind must be paid within 48 hours following the date of termination of work”, saying it could be used to collect the full amount of compensation at once.

“This could happen across all occupations. We strongly suggest a conditional clause to prevent people from evoking article 116 in the case of past seniority severance clearance,” he said.

Earlier this month, GMAC issued a statement requesting that the Labour Ministry reconsider its intention to amend article 89.

The request by GMAC came after Labour Minister Ith Samheng said that the ministry was willing to help workers whose employers fled. “Any amendment to the Labour Law won’t add any pressure on anyone at any side,” Mr Samheng said.

According to a press release published by the Council of Ministers on Friday, the amendment of article 89 is meant to protect all stakeholders.

The Council of Ministers on Friday also approved a draft law on the revision of the minimum wage law as well.

Heng Sour, Labour Ministry spokesman, could not be reached for comment yesterday.