Police said the smell of welding at a nearby factory was suspected at first for the incident at a Starite factory.

Mean Samnang, Ang Snuol district police chief, said 117 workers, of whom five were men, fainted but none were affected seriously.

“We think their health was not good, which made them weak,” he said. “They fell down at around 8am, but at about 11am they were better after they were sent to hospitals and health centres.”

He said blaming the welding and metal spraying was only an initial evaluation. Authorities and experts would continue their investigations, he noted. The Starite factory has 745 workers, of whom 595 are female. 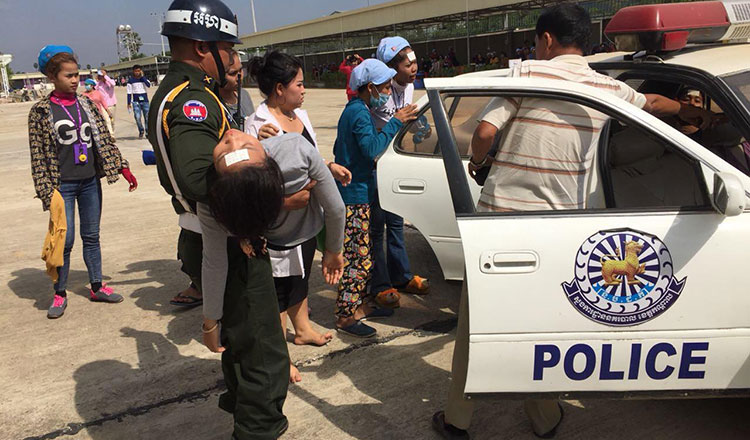 The National Social Security Fund said the smell of spraying from the nearby factory appeared to have caused the fainting.

“NSSF working group officials went down to visit the factory and helped to send the workers to health centres and hospitals,” it said.

The workers who felt better had returned home, it added. The NSSF would take care of the costs of transporting and treating the workers.

In March, the Labour Ministry created a working group to investigate causes of faintings in factories in an attempt to reduce episodes.

“The working group must go to enterprises and check the infirmary, investigate why fainting happens, research the general situation, prepare a report on its findings, and cooperate with relevant institutes, employers and labour organisations to improve our understanding about fainting,” Labour Minister Ith Samheng said at the time. 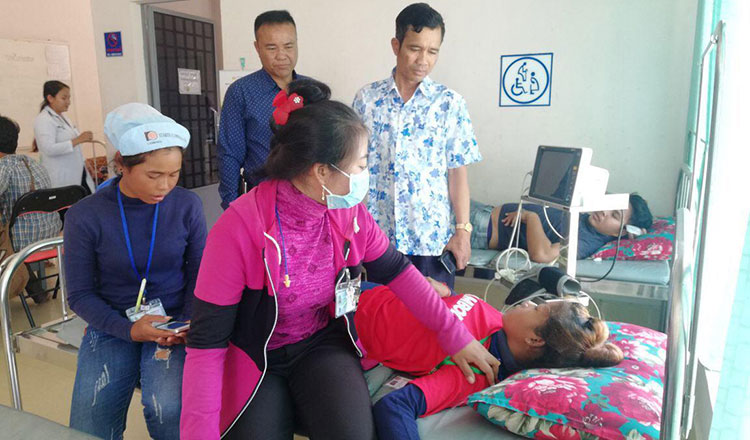 He said problems such as dizziness, difficulty breathing and anxiety disorders were caused by hypoglycemia or pseudo hypoglycemia.

“So, all workers have to have treatment under the Social Security for Health Insurance Scheme,” he said.

Mr Samvithya said the NSSF considered it an occupational accident if more workers fainted or fainted continuously in a factory or industry if it was caused by the atmosphere inside or outside the premises.

In these cases workers should be covered by the Social Security for Occupational Risk.

“The employers or the factory owners have an obligation to send their workers first to their own infirmary or send them to centres that have agreements with the NSSF,” Mr Samvithya said.