Chong Phlas commune, MondUlkiri province – As officials from the Mines and Environment ministries continue their compliance push here, villagers from the Chong Phlas Gold Mining Community have fled or withdrawn into their homes, too scared to continue their work for fear of being blamed for poisoning waterways that led to the death of villagers downstream in Kratie province.

Nearly 300 villagers fell ill during a poisoning case earlier this month, leading to the death of 13 people in Chetr Borei district where water from the Prek Ter stream was contaminated.

About 80 villagers in Mondulkiri province were also hospitalised after poisoning from stream water.

However, several villagers told the Khmer Times that they suspected they may have been poisoned by cyanide run-off from gold mines in Kratie and Mondulkiri, a theory later confirmed by Industry Minister Cham Prasidh and then denied by Mines Minister Suy Sem.

Nonetheless, Mr Sem later held a meeting with more than 20 mining companies and warned them they would lose their licenses if they did not follow the law prior to tasking officials with leading a working group to carry out inspections in Mondulkiri province.

After inspecting areas around the Rong Cheng Industrial Investment Cambodia mining company, joint forces of more than 200 officials over the weekend descended upon the Chong Phlas Gold Mining Community, where about 800 families mine on 43 hectares of land.

Te Kimsan, chief of the Chong Phlas Gold Mining Community, says the inspections being carried out by ministry officials, court prosecutors and local authorities has had a chilling effect on people.

“Since the joint forces came to find out if we use chemical substances, all the villagers are scared and they stopped their activity; they stopped mining for gold,” he says, noting some villagers have fled the commune fearing arrest.

“Our community does not use chemical substances,” Mr Kimsan adds.

However, Mr Kimsan says that the working group tasked with the inspections did find some chemical substances being used by miners outside his community grounds.

“Those places are anarchic,” he says. “It is not my responsibility. The community is not the problem, but since the company came to operate gold mining, the company abuses four of our gold mining wells.”

Leat Limkun, chief of Chong Phlas commune, says officials found some chemical substances in gold mining areas run lawlessly, but he was not sure what type of substance.

Mr Limkun says that the officials made the visit because they first suspected the Rong Cheng company was responsible for dumping toxic waste into waterways that then led to the poisonings.

The company has denied that it has even begun gold mining operations and last week issued a statement declaring that it will fully cooperate with authorities to clear its name from being linked to the poisoning case.

As the working group continued its inspections, officials blocked reporters from tagging along, declining to comment on their work or the poisoning cases.

Both prosecutors referred questions to the head of the working group Yos Monirath, spokesman of the Ministry of Mines and Energy who also declined to answer questions.

However, Mou Lun You, a foreman of construction for the Rong Cheng company, allowed reporters to access company grounds, saying that they have done nothing wrong.

“The company does not abuse the land of the community like villagers accuse,” says Mr Mou, noting that the working group has inspected lands around the company grounds but has yet to enter its premises.

“If the authority finds chemical substances belonging to the company, the company will gladly be held responsible according to the law,” he adds.

Back in the Chong Phlas Gold Mining Community, which was granted a mining license in 2015 and is currently attempting to renew it following its expiration last week, artisanal miners who depend on their work to feed their families are feeling abused.

Mr Kimsan, the mining community chief, says that some officials from the working group have been seizing timber from villagers’ homes during the inspections.

He says villagers are worried their community mining license is not going to be renewed and that the working group is going to continue to plunder their homes.

“If the community is not allowed to operate gold mining, most villagers will lose their jobs and they will leave to work abroad,” Mr Kimsan says.

Chan Sam Ol, 40, a gold miner with the community, says that he’s been mining gold since 2003 without any problems.

“Now the villagers stopped operating the gold mines since the authority came to inspect for chemical substances,” Mr Sam Ol says. “If they shut us down, it will kill our livelihoods.” 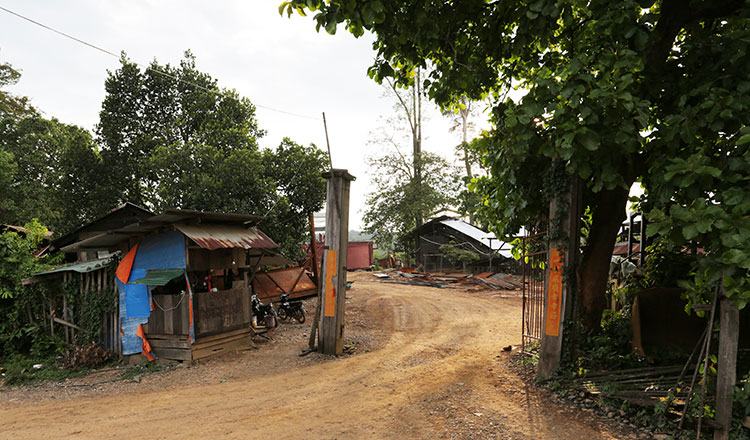 “Please, don’t shut us down,” he adds. “Extend our license.”

Ly Seang Leng, 40, another miner in the community, says that some villagers staked their houses to gain loans from banks to start mining operations and are at risk of losing everything.

“They will not have money to repay the bank and could lose their homes,” he says.

Prior to the compliance push, the Environment Ministry announced that blood tests sent to Singapore from the dead Kratie villagers showed that they had high levels of methanol in their bodies.

Tin Ponlork, general secretary of the General Secretariat of Council for Sustainable Development at the ministry, told reporters that the blood samples confirmed the explanation provided by the Health Ministry for the deaths. 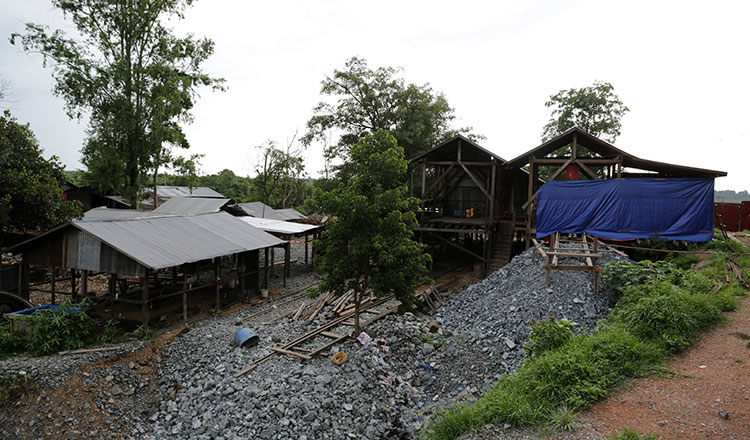 Mondulkiri Governor Svay Sam Eang says that the working group from the Mines and Environment ministries are continuing to inspect mining areas in the commune and he has not yet received any results.

Mr Sam Eang added that some of the 80 villagers hospitalised in his province were not poisoned from water, but fell ill with malaria.

“There are 15 companies that have been exploring mining, including China’s Rong Cheng company and the Renaissance company that is Australian,” he says.

“For the poisoning problem in Kratie, I cannot comment because it depends on the national level,” he adds.

Meanwhile, after a cabinet meeting on Friday, Mr Prasidh, Mr Sem and Health Minister Mam Bunheng signed a statement stressing that the Kratie deaths were indeed caused by pesticide pollution from toxic run-off.

Tycoons should own choppers, PM says

Fines loom for smoking in public