He said that Mr Pisal confessed that he aided his friend Im Panha in his quest to get his bike back from the accused thief, whom Mr Panha knew.

According to Mr Sokunthea, Mr Panha asked for Mr Pisal’s assistance in retrieving the stolen motorbike by contacting the alleged thief for a meeting on Wednesday.

Mr Sokunthea said that Mr Pisal, along with other associates, confronted and proceeded to beat the accused thief during the meeting because he would not reveal what he had done with the bike. 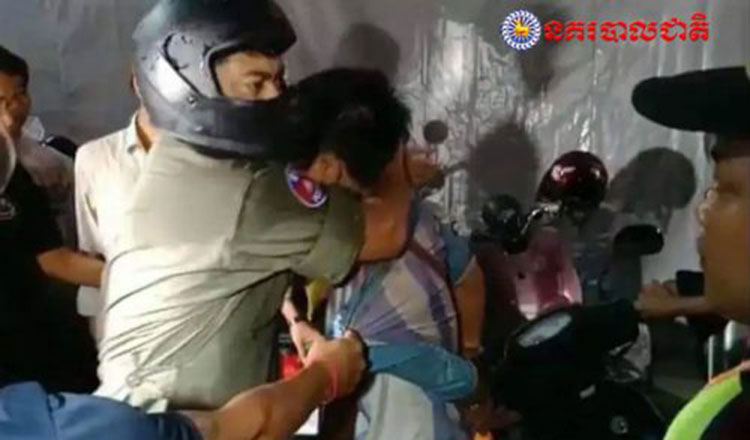 Iv Borin, director of the judicial department at the Interior Ministry, said that the suspect turned himself in on Friday and confessed to his involvement in the incident, which left the accused thief hospitalised.

“A day after the incident, he showed up at the ministry and confessed,” Mr Borin said. “He was sent to court on Saturday but because it was the weekend, I haven’t followed up on what he was charged with.”

Sok Khemrin, director of the criminal investigation department with the Interior Ministry, said yesterday that the suspect was still in court for questioning.

“We already sent him to court,” he said.

Ly Sophanna, Phnom Penh Municipal Court spokesman, could not be reached for comment.

Interior Ministry police are seeking an a warrant to arrest other suspects involved in the beating.

In a separate incident, a video published online last year shows Mr Pisal claiming to be an officer from the Interior Ministry’s fire department and stopping a man on a motorbike for driving without a license plate.

Mr Pisal then allegedly beat the motorist and later claimed self defence. The case never made it to court.