Thai police have arrested a taxi driver for allegedly raping a Cambodian woman who was alone in his cab with him on her way from Prachin Buri to Sa Kaew province on Thursday.

He was arrested when she managed to call her husband who reported the case to police.

The victim said that after other passengers were dropped off at Rong Klua market in Aranyaprathet, she was alone with the driver.

He promised to take her to her home in Wang Nam Yen, but he made an excuse about driving to fill the car with petrol, and raped her along the way.

She managed to call her husband at the petrol station and he reported it to the police, who arrested him a short time later, the newspaper said.

Soum Chankea, Adhoc coordinator in Banteay Meanchey province, said that it seemed like the Cambodian government had not taken any concrete action. 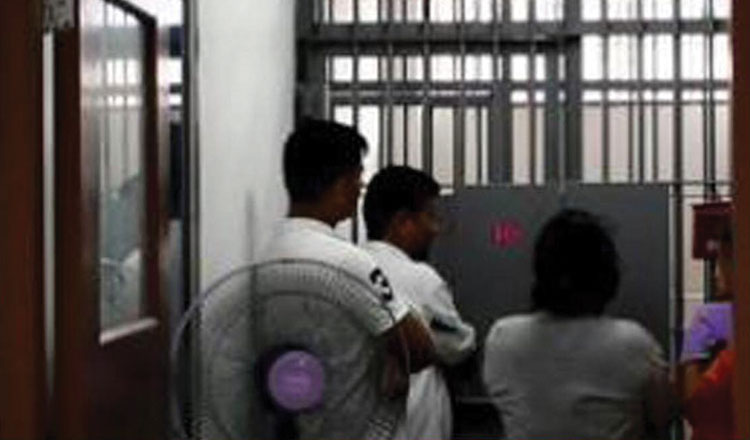 “It is not the first time Thai people have committed crimes against Cambodian people, such as detaining Cambodian women in a room for two or three weeks and putting pictures of them on social media,” he said. “Now a taxi driver raped a Cambodian woman.”

Mr Chankea said that Thai laws were enforced with a bias toward their citizens. He said he heard that this case was settled with a deposit of money to the police, leading to the release of the suspect.

“It’s even worse that the Thai police did not arrest him and instead released the driver after the deposit,” he said. “It is regretful that the Cambodian government did not take strong actions to push for the punishment of the culprit.”

Chum Sounry, spokesman for the Ministry of Foreign Affairs, could not be reached for comment.