The UK-born singer and songwriter, founder of the Jumping Jacks, and recent father on the influence of Oasis in his music career, the song he’s most proud of and the song he wished he had written.

The first song I learnt to play

Cast No Shadow – by Oasis

1995 was the year that everything changed for me. It was actually my younger sister who first started buying cool records and it was through her I discovered Blur, Oasis, Massive Attack. For my fifteenth birthday that year I received a copy of the Oasis debut album ‘Definitely Maybe’ and right away started thinking about learning guitar, growing my hair, writing songs.

The attitude and style of the Gallagher brothers captured the imagination of teenage boys and young men up and down the country. The timing of their arrival onto the scene was perfect – as if a whole generation was waiting for a band like that. These ‘normal’, ‘working class lads’ storming around playing very straightforward guitar music with very basic lyrics – no airs and graces.Outspoken and rebellious. Proud and arrogant. Liam was tall and good looking but the rest of the band were pretty rough and plain-looking. It was so easy for millions of us to project ourselves onto these guys. Before you knew it, everyone was buying Epiphone Sheraton guitars, growing a Beatles haircut and forming bands. I was one of them and at my first guitar lesson, I brought along a copy of the second Oasis album ‘What’s the Story Morning Glory’. My teacher chose ‘Cast No Shadow’ as a simple song for me to learn. Like ‘Wonderwall’, it has a chord sequence that moves around while one or two fingers stay anchored in one position on the fretboard.

The song that reminds me of growing up 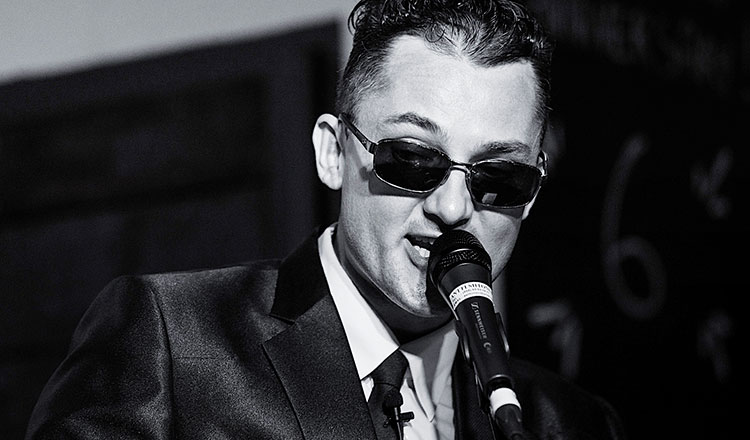 They year before Oasis surged to popularity, Quentin Tarantino’s movie ‘Pulp Fiction’ was a big deal in the UK. The whole sensibility of the film was something exciting and new – knowing and cool, bold and clever, ironic. Naturally, the music was a massive part of that. My younger sister and I listened to the soundtrack over and over again. To this day, people still think of the ‘Jack Rabbit Slims Twist Contest’ scene whenever someone plays ‘C’est La Vie’ by Chuck Berry. I have played this song live countless times, in a slightly faster rockabilly tempo, with my bands in Phnom Penh.

The song I want to play for my child

That’s a tough question. Classical music, something to get her brain working. At the moment it’s a ‘Mozart for Babies’ playlist on YouTube.

The song I want played at my funeral

I don’t really want to think about that, if I’m honest. Let someone else decide. I’m not one of these ‘when you scatter my ashes…’ type of persons.

The song that makes me cry

Something in a movie, perhaps more than once but a long time ago. It’s hard to remember now. Your relationship with music changes when you work at it for a living. I used to be a ‘music fan’ and spend many hours listening to, buying and searching for music (I mean in actual physical record shops, which we used to have before the internet). Sitting down and having an emotional response to music. Walking around listening to music on headphones all the time. Playing and studying music was a part-time pursuit. Since coming to Cambodia and going ‘full time’ as a musician, almost all the music I listen to is the music I am learning, studying. It’s still a joy but it’s different. You are listening to the structure, the mechanics of it rather than experiencing it as a listener.

The song I wrote that I’m most proud of

Just after my first visit to Cambodia, doing the normal tourist Killing Fields and Tuol Sleng route, buying a paperback and reading some history, I sat down and wrote this song called ‘Shiva’. Bloody and violent imagery, references to what I just learned about. The best songs always seem to happen quickly, arriving fully-formed. Almost like it was somehow transmitted across the galaxy and you happened to be there to receive it and write it down. I haven’t written a vast amount of songs, this one stands out. Usually people ask “did you write that song?” and that’s usually a good question to hear. There are a couple of rough demo versions of ‘Shiva’ online but we are actually in the process of doing a real studio job right now, for the forthcoming Miss Sarawan EP.

The song I wish I wrote

Good question. The best songs always contain some unique, clever twist of harmony or structure that is yet so simple as to provoke frustration – why didn’t I think of that? See, basically any song ever written by Paul McCartney.

Or the best song Hank Williams never wrote – ‘Lovesick Blues’. The yodel-esque vocal break, the lyrical tone and the rhythm of the song are completely Hank, but he didn’t write it. The chord structure is a couple of steps cleverer than anything Hank ever wrote. Much as I love his songs.

The song that gets me dancing

I dance with my guitar hung around my neck, on the stage. You won’t catch me at Pontoon or Epic. By that time of night I’ve already lugged a car full of music gear back home. In the province at Khmer New Year, I’ll get in the round at the pagoda and try and follow the dancers. The steps seem simple but for some reason I can’t get it. I think I need some dancing lessons.

The Social Oxymoron: ‘I like humanity, but I hate people’