Home - In the Shadow of the Mountain

In the Shadow of the Mountain

At first glance, one would assume that “In the Shadow of the Mountain” is an adventure book. With the title and its simple but aesthetic cover, a story of mountain climbing will almost automatically run on your head. Maybe it is. Maybe it’s not. Helen Naylor’s masterpiece is an investigative story about a family in England, whose member died in Zermatt, Switzerland.

Clare Newton, the key character of the story, had been a journalist for most of her life. At 46, she is considerably a successful career woman – a stark contradiction to her personal life. Clare was a divorcee and had lived alone and lonely.

On Clare’s visit to her mother Marjorie, with her younger brother Andrew, she discovered a family secret that her grandfather had left her grandmother and never returned. Clare remembered nothing about him from her childhood memories except for the fact that he was passionate about mountain climbing, and Zermatt was his most favourite place on earth to climb. That was also where he died.

While her grandfather’s body was recovered from the glacier, Clare, as a journalist, made her way to Zermatt to investigate the truth behind her grandfather’s death 74 years ago. Some said it was an accident as what happened to mountain climbers like him who unfortunately didn’t make it alive to the summit or down. But Clare sensed that his grandfather’s life didn’t end just like that. She knew there was something more. 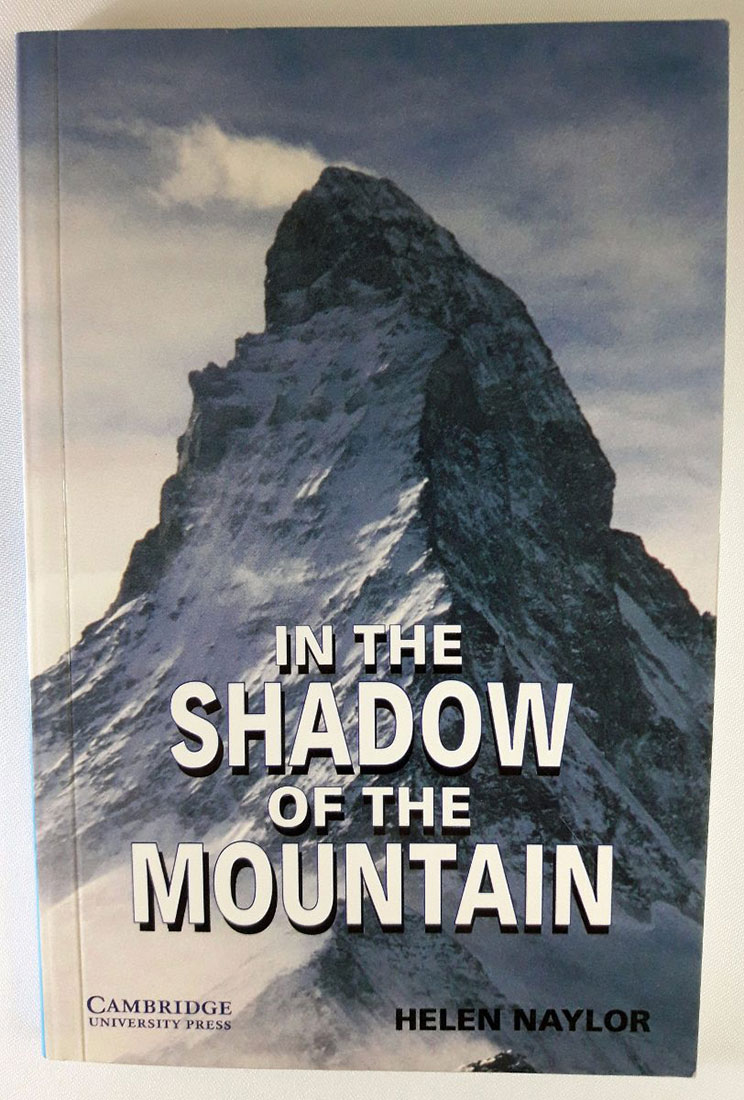 Clearly, it was a murder. But the questions of who and why kept coming to Clare’s head. She was determined to dig deeper into the truth to give justice to her grandfather’s wasted life. She ventured into the darkest secrets of the mountain. Did she get the answers she need?

Helen Naylor had put her effort to pen this story in 1999. She had taken the direction to write it as an investigative story and shaped it with that focus. However, different aspects of life were also portrayed in the story.

Many of them did catch my attention such as how the life of a person would change, how people would look like in their forties, the conflict of interests in the press, the family dilemmas, the trembling feeling of getting lost in life, the confusion of making big, life-changing decisions – all combined and you will have a truly remarkable piece to read.

In the Shadow of the Mountain might just be the thrill you need to read right now.

Where to find: available at Self-Accessing Center (SAC) of Royal University of Phnom Penh, or order online at Amazon.com

Beyond the Cambodian Storms