CBL was established in Cambodia in 1994 as a joint-venture between Asia Pacific Brewery Limited and Progress Import- Export Company. The company became 100% HEINEKEN in 2014.
The company values are simply; passion for quality, respect for people and planet and enjoyment of life. Everything we do reflect these core values.

Beer and stout category are our main products however, sustainability is at the heart of everything we do. Here in Cambodia, CBL is involved in various Corporate Social Responsibility (CSR) activities. These CSR activities cover Education, Water supply, save the wild Tigers and responsible consumption. 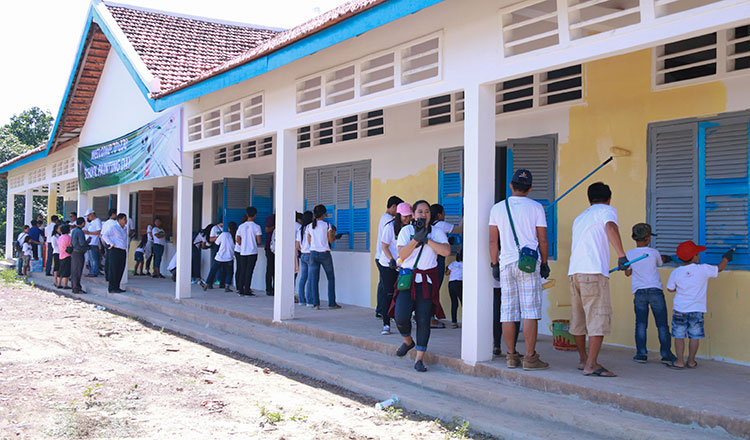 School Renovation Project:
Education is one of the company’s focus area. The two renovation projects for the high school and the primary school, which, according to Huy Vuthy, CBL’s corpo¬rate affairs manager, have been well-received.

“Our CSR strategies focus on growing with our communities within r our brewery,” he said..

“We initiated the School Renovation project at Robos Angkanh primary school since 2014 and another project at Prek Eng high school since 2016.. Apart from renovating and improving the school facilities, CBL staffs and families were also involved in the school painting every year since 2014. Approximately, 2,240 students have benefited from these projects. ” he said.

“We are happy to know that since the launching of these projects in Robos Angkanh, the student enrolment had increased tremendously,” Vuthy said.

He said the company has taken the initiative to support education as the young generations today will be the leaders of the future.

“A well-educated young generation will help in the development of the commu¬nities, and for this reason we have been involved in the improvement of school facilities, distribute books and other educational materials to the schools,” he said. Drilling Well project:
On the Drilling Wells project in Ratanakiri province, he said it was the company’s second CSR project and it had bene¬fited about 1,250 villagers in six communes, located in three districts.

“The project is designed to educate the local people that clean water is a vital resource and easy access to it means healthy living,” he said, adding the villagers have been depending on water from poorly main-tained wells, ponds and streams.

He said four villages has been selected for the bore well projects. Four wells have been drilled and another four have been repaired to date.

“with clean water, they are less prone to health issues,” said Vuthy.

Saving Tiger:
Tiger Beer joint partnership with World wild Life Fund (WWF) in support of Tx2, a global commitment made by the governments of the 13 Tiger range countries to double the world’s wild Tger population to 6,000 by 2022. The six-year partnership kicks off in 2017 with a donation of USD 1M from Tiger Beer.

Cambodia is one of the 13 Tiger range countries, and the government has committed to double the global number of tigers by approving Cambodia’s Tiger Action Plan, in which it focuses on reintroducing wild tigers to the Eastern Plain of Cambodia.

In May 2017, Tiger Beer and WWF launched the 3890Tigers campaign to draw attention to the plight of wild tigers and help fight against illegal Tiger trade in Cambodia.

“During the two months campaign, we saw huge generation of young people took part and made their stand against illegal Tiger trade and has since collected over 25,000 pledges in the world. The social reach of posts by Tiger Beer has been over 41 million digital users and 5.9 million engagement worldwide. In Cambodia alone, the reach and engagement was 1.5 million and 385,000 respectively.” Vuthy said. 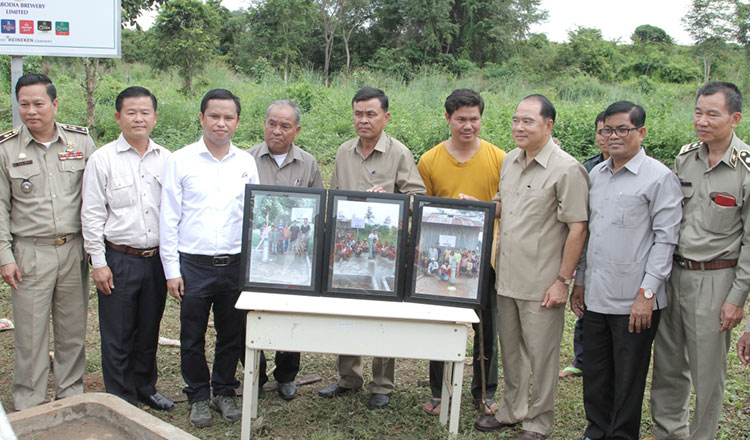 Responsible Consumption Campaign:
CBL is committed to ensure all our products are consumed in a moderate and responsible manner.

CBL was the first to launch the Responsible Drinking Campaign since 2011. The campaign, popularly known today as “Get Your Shape Back campaign targets the youth as they are young and eager to learn. As a responsible brewer, CBL wants the youth to adopt a more responsible attitude towards drinking.
Since launching the “Get Your Shape Back KH” facebook page, CBL has reached out to 1.4 million FB users and 100,000 followers to date. “In our existing smartphone app, GYSB (Get Your Shape Back), we provide short educational tips to people on drinking respon¬sibly, and if they consume too much alcohol, we advise them to call a taxi,” Vuthy said, adding that the GYSB app has had 14,000 down¬loads to date.

The campaign was conducted in collaboration with the Ministry of Information, the Union of Youth Federation of Cambodia and others related ministries.

Vuthy said this is the 7th year that CBL has been working in partnership with key government ministries/ institutions to cultivate a responsible and positive attitude towards alcohol consumption in Cambodia. 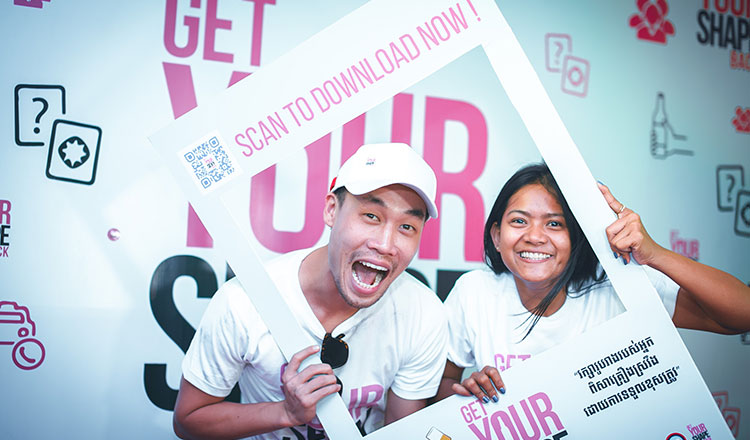 AMRU RICE: BE SUSTAINABLE & RESPONSIBLE AND LEAD THE CHANGE