Mr Sem’s comments came after he met with more than 20 mining companies yesterday at the Ministry of Mines and Energy in Phnom Penh.

The meeting was held after nearly 300 villagers fell ill during a poisoning case earlier this month, leading to the death of 13 people in Kratie’s Chetr Borei district where water from the Prek Ter stream was contaminated. 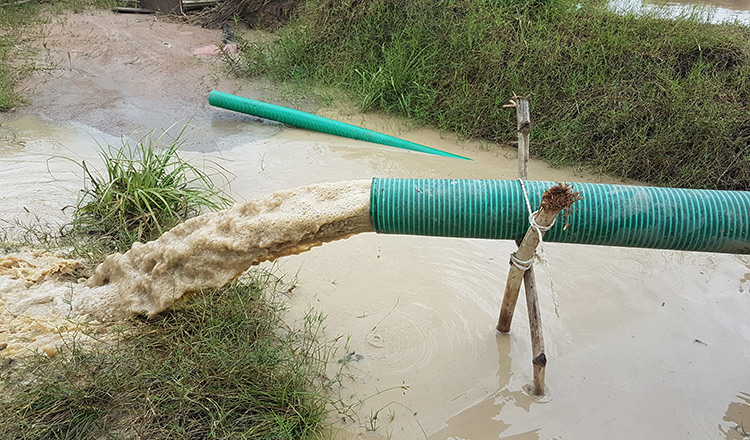 However, villagers told the Khmer Times that they suspected they may have been poisoned by run-off from gold mines in Kratie and Mondolkiri, a theory later confirmed by Industry Minister Cham Prasidh.

On Monday evening, Mr Sem dismissed the claim by Mr Prasidh, who said that villagers in Kratie province were poisoned and killed by cyanide-tainted water due to run-off from gold mines, and reiterated that the Health Ministry’s explanation was correct.

However, at yesterday’s meeting Mr Sem acknowledged that some mining operators were not following proper procedures to prevent environmental contamination.

“Poisonous substances must be kept in safe place,” he added.

Curiously, Mr Prasidh had claimed that his officials confirmed the poisoning in Kratie was caused by a cyanide substance used for cleaning gold in Mondolkiri province that floated downstream to Kratie province.

“They used it without a protection system and when it rained, the pool that stored the cyanide substance overflowed into the stream and caused poisoning,” Mr Prasidh said last week. 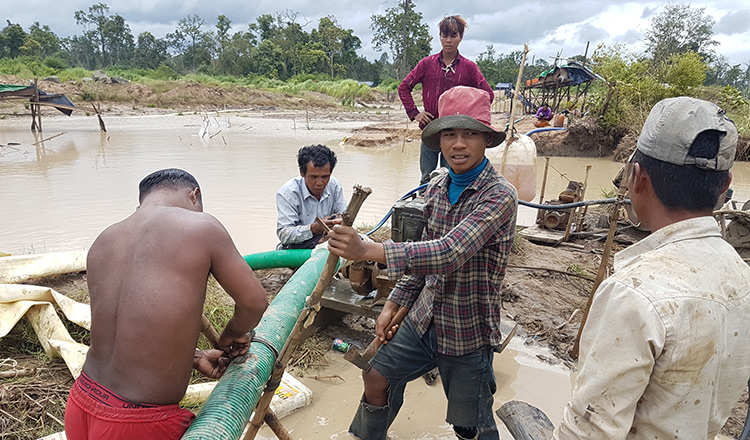 Meng Saktheara, a secretary of state at the Ministry of Mines and Energy, said yesterday that all mining operators granted licenses were obliged to be responsible for the environment.

“Companies are banned from transporting mined goods without permission and must implement obligations, such as building infrastructure and not mining outside the licensed areas,” Mr Saktheara said.

Mr Saktheara added that mining waste could not be allowed to flow into rivers and companies had to be responsible for preventing leaks that could harm the environment and affect people’s health.

Tan Darith, director of the Mondolkiri mines and energy department, yesterday said more than ten mining operators were granted licenses to operate in the province, but declined to name the companies.

“All the companies have licenses, so they cannot do anything illegally, but villagers do mining illegally,” Mr Darith said.

When asked if 80 villagers in Mondolkiri province were hospitalised because they consumed water tainted from mining operations, Mr Darith referred to the Health Ministry’s statement.

Leat Limkun, chief of Chong Phlas commune in Mondulkiri, said that provincial officials visited the Chong Phlas Mining Community on May 20, collecting water samples and mining waste to be tested.

“We do not know what caused our villagers to be poisoned,” Mr Limkun said, adding that the Chong Phlas Mining Community was made up of 700 families mining on 43 hectares of land.

Mr Limkun added that officials from the Ministry of Mines and Energy are due to visit the area today.