An agricultural chemicals production and packaging facility in Takhmao city has been shut down and its owner detained after officials said the illegal operation could harm the environment and the health of people nearby.

The move to close the facility came on Monday when Interior Ministry anti-economic crime police in collaboration with officials from the Kandal provincial agriculture department moved in.

Long Sreng, deputy director of the anti-economic crime department, said the decision to close the facility came after it was found that it had no legal permission and that it could harm the environment and health of those nearby.

The operation was being run from a warehouse in Takhmao commune.

Preliminary inquiries showed that the operators imported raw materials from abroad and mixed it themselves, which was the factor affecting the environment and people’s health.

“Up to 34 kinds of agricultural fertilisers and chemicals had been imported,” Mr Long Sreng said. “The company owner had registered the chemicals but he was processing them illegally, so we decided to close this facility and detained the owner temporarily.” 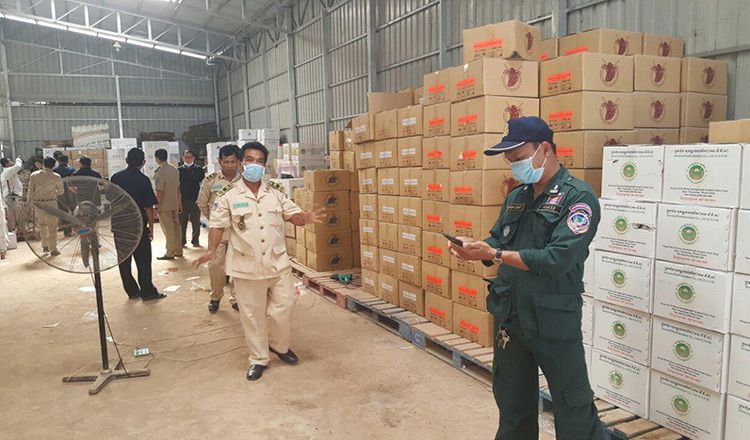 Mr Long Sreng could not confirm the identity of the owner.

San Voeun, an official with the provincial agriculture department, confirmed that 34 raw materials had proper registration and import licences from the Ministry of Agriculture, but the owner had used the materials to produce and package products with a Khmer-language logo without permission.

“The company, Kobako, has imported raw materials of agricultural fertilisers and chemicals from Vietnam, but we have not found any prohibited chemicals,” he said. “He may have violated laws of the department of the anti-economic crime police, which have led to the shutdown of this facility.”