Twenty mobile clinics out of 40 provided by the Chinese government were deployed yesterday in 11 citities and provincial health departments to bring timely and effective services to people, especially in rural areas.

York Sambath, director-general of administration and finance at the Health Ministry, said yesterday that the clinics were delivered this month to the ministry.

Ms Sambath said the ministry along with Chinese health officials had provided about a week’s training to health officials from the city and provinces on how to use the clinics and the equipment in them.

“We provided the clinics to the 11 city and provincial health department this morning to provide health services effectively and on time,” Ms Sambath said.

Mr Bun Heng said at the time it was a good idea which resulted from both countries’ leaders signing a letter in November to provide 40 mobile clinics to Cambodia. 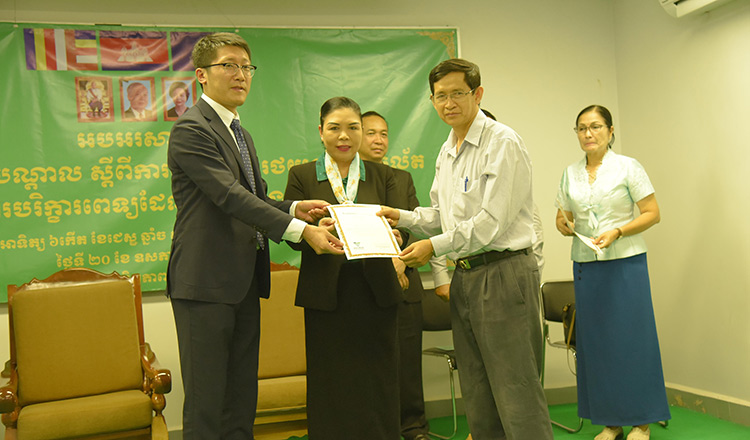 The deliveries were in two phases. The first was when 20 mobile clinics were delivered on May 10, he said.

The other 20 would be provided at the end of October.

The clinics are installed with equipment such as digital X-ray, ultrasound, urine analysis, and blood analysis machines.

There are also monitors for pregnant women and their unborn babies and scales for babies.

Ms Sambath said that when the other 20 clinics arrived, the ministry would distribute them to the other provincial health department across the country.

“People in the community will receive better and faster health services because we are move treatment closer to their homes,” she said.