Rising from the ashes

Politics run in the veins of Kong Monika, who created the new Khmer Will Party with the aim of it being the main contender against the ruling Cambodia People’s Party in the upcoming national election after his family members lost positions following the CNRP’s dissolution.

Mr Monika, son of former senior CNRP official Kong Korm, created the Khmer Will Party last month and has since had it registered to contest the national election.

“In my family, most are politicians who have advocated for the nation to have full rights in accordance with real democracy,” he says, sitting in his party office, the former Sam Rainsy Party headquarters in Chaktomuk commune.

“My father and two older brothers were banned from politics for five years. There is only me left, so I created the party in order to continue their work as patriots, especially for positive change in the country,” he adds. “We want to continue this work; we do not want positive change for Cambodian people to diminish after the Cambodia National Rescue Party was dissolved.”

The former opposition CNRP was dissolved by the Supreme Court in November after its leader Kem Sokha was jailed on treason charges for allegedly colluding with the United States to overthrow the government. More than 100 of its senior officials were also banned from politics for five years.

The 36-year-old is hoping that supporters of the CNRP will turn to his new party in the July election as he positions himself as the only true politician able to carry on the CNRP’s work. “I hope that the Khmer Will Party, a newly-formed party, will be able to provide a new choice for the supporters of the former CNRP,” he says. “For those who want positive change and also want an end to political crises, they can support us.”

Mr Monika, the youngest of six siblings, graduated from the Royal University of Law and Economics in 2001 with a bachelor degree in public law, after which he continued studies at Monash University in Australia where he earned a master’s degree in international relations.

Mr Monika also holds a master’s degree in international law from the National University of Singapore, where he studied from 2009 to 2010.

His studies led him to find work with both the US and Australian embassies, as well as USAID and finally as a civil servant with the Senate.

But in the wake of his family’s barring from politics and the dissolution of the CNRP, Mr Monika began to seriously contemplate entering the political arena, and officially launched the Khmer Will Party on April 25.

“From one mandate to another, we have not seen any better situation for the Kingdom, nor have we seen politicians from different parties get along,” he says. “The people have lived in a situation that seems not to be happy and they are still afraid of persecution from the authority or government. Some people also want to see political rivals work together for the Kingdom, not squabble over personal issues rather than policy issues for developing the country.”

Mr Monika says his party’s main polices are still being determined, but will mostly focus on reforming and strengthening the rule of law, especially reviewing amendments to laws that affect the justice system and the rights of politicians, civil society organisations and regular people. 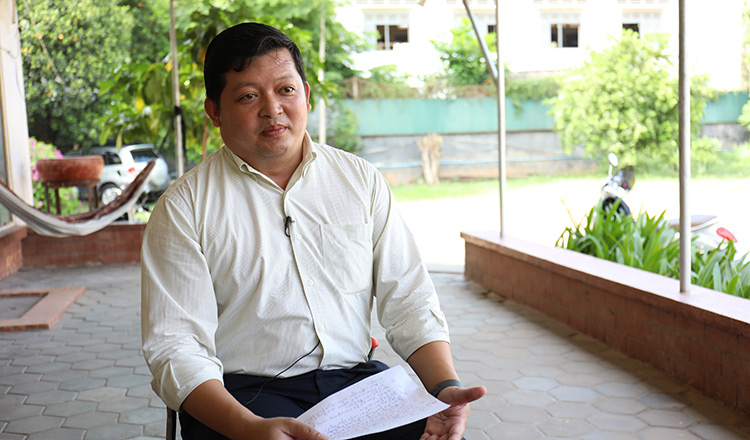 “Our goal is that we will review these laws to ensure that Cambodians, as well as politicians and civil society officials, have the right to freedom of expression and gathering in a democratic manner,” he says.

In addition, Mr Monika wants to focus on eliminating corruption, nepotism, while also improving the education and health sectors.

“Compared to other countries in the region, Cambodia lags behind in terms of the fight against corruption,” he says. “So we will focus on amendments and reforms in order to prevent corruption and nepotism.”

“We will also eliminate ghost officials, those who collect salaries on paper only, and strengthen the capacity of our civil servants,” he adds. “The promotion of ranks and positions will not be conducted through nepotism, but through accreditation.”

The Khmer Will Party has a logo of the sunrise, very similar to the logo of the former CNRP except for a few different colours. Mr Monika says the design was meant to show that his party was rising from the ashes of the CNRP.

His party has fielded candidates for the election in 25 provinces and the capital, including more than 100 women, and at least 30 percent of them consider themselves youths.

Mr Monika says youths in the country must get more involved in politics in order to spur the changes they want to see.

“Youth have great potential to accept new things, especially to contribute to the development of the country,” he says. “Veteran politicians just keep comparing now to the Pol Pot regime, so of course now is better than then, but we need to start comparing now to other countries; we need to develop our country to be more like others.” 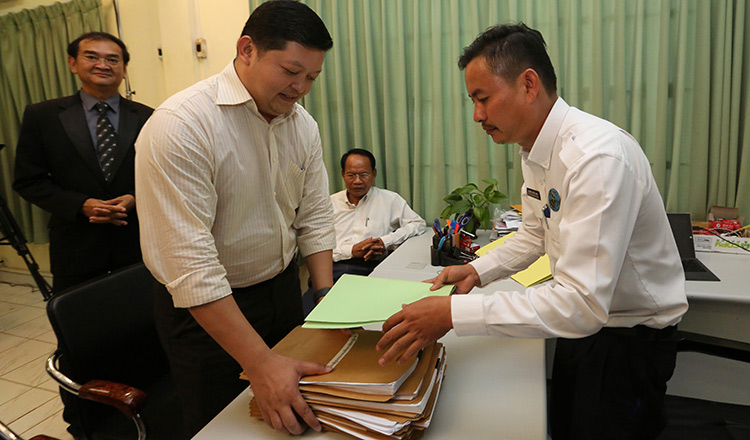 Based on his family’s political history and his new party’s goals, Mr Monika says he thinks the nearly three million people that voted for the CNRP in the 2013 election will turn to his party in July.

“I want people to understand that the purpose of the Khmer Will Party is to positively and peacefully usher in changes, which is not different from what the CNRP was trying to do,” he says. “We hope that everybody will understand our purpose and will continue to work together.”

Chen Sokngeng, former of Sala Kamroeuk commune chief for the CNRP, says he welcomed the creation of the Khmer Will Party, led by a young, new politician who is committed to continuing his former party’s work.

“If people think this party is good, they can vote for them,” he says. “But I dare not evaluate whether this party can compete with the ruling party CPP; it all depends on the people to decide the fate of the nation.”

Mr Sokngeng, who plays football with Mr Monika, says that Mr Monika is a genuine leader, charismatic and capable of pushing for change. 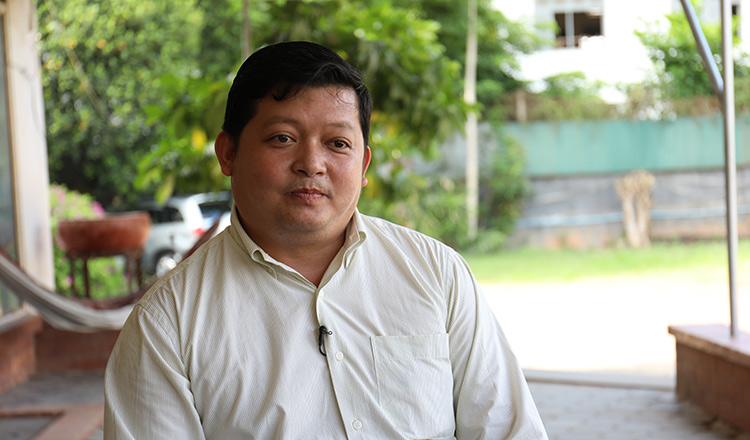 “We welcome and support his move into politics, because what is important for all of us as democrats is that we want a resolution to national problems,” he says. “For example, jobs for the youth, lifting people out of poverty and solving land disputes.”

Sok Eysan, spokesman for the ruling CPP, says that he holds no grudge against the formation of the Khmer Will Party despite it basically using the playbook of the former CNRP.

“Every person has the right to create a party and compete,” he says. “I welcome any contender to enter the national poll, whether big or small.”

“As for the competition, nobody knows whether they will win or lose,” he adds. “Every party has the right to fight for the votes of the people.”

With the official campaign period nearing, Mr Monika says he has a lot more work to do in order to gain the trust of voters, noting he has not yet established a campaign strategy.

However, turning back to the importance of youth in the country, Mr Monika says he will focus much of his campaign on spreading his party polices to young voters through social media networks like Facebook.

“We have high potential to compete with the ruling CPP,” he says. “Despite being newly-formed, we can look at many examples of youth knocking veterans off their pedestals.”