Prime Minister Hun Sen yesterday vowed to maintain peace and the country’s development to ensure a democratic process and human rights in the Kingdom.

Speaking at a reconstruction ceremony for a 135-kilometre stretch of National Road 5 linking the Prek Kdam area in Kandal province to Pursat province, Mr Hun Sen reaffirmed he will maintain the country’s peace.

“What we need the most is to ensure peace in this country,” Mr Hun Sen said. “If there is no peace, there is no development. And we cannot talk about democracy and human rights because those things only exist in a peaceful country. It cannot exist in a country at war.”

Mr Hun Sen said that hundreds of people have been killed and injured in Palestine and Israel, while no democracy and human rights exist in places like Iraq, Libya, Syria, and Yemen. 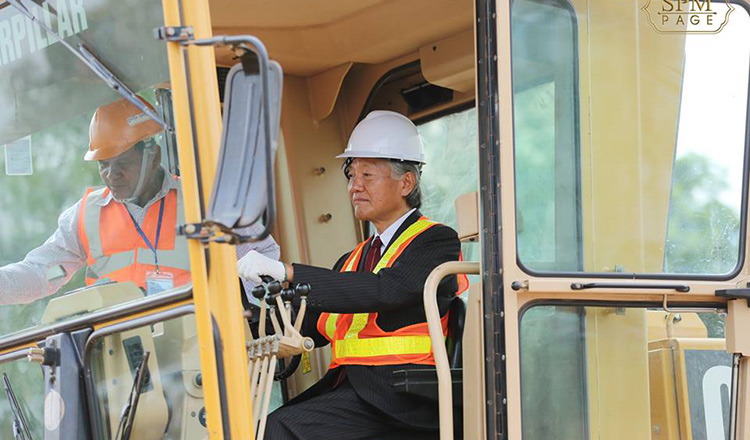 Ou Chanrath, a former CNRP lawmaker, agreed that human rights could not be carried out in a country at war.

However, Mr Chanrath noted that Cambodia’s democracy was undermined following the dissolution of the CNRP.

“I have not yet seen democracy in our county,” he said. “And Cambodian citizens understand that this is not a genuine democracy.”

Sok Eysan, spokesman for the ruling CPP, said that Cambodia was on the right track, upholding a multi-party democracy.

“People must know that democracy is linked with the rule of law,” he said. “So if any person has committed wrongdoing, we have to implement the law.”

The opposition CNRP was dissolved last year after its leader Kem Sokha was jailed on treason charges for allegedly conspiring with the United States to overthrow the government.

Prime Minister denies he creates parties to contest the election