Villagers in Kratie province were poisoned by mining: Industry Minister

Industry Minister Cham Prasidh has said that villagers in Kratie province’s Chetr Borei district were poisoned after consuming water tainted with cyanide which was used for mining operations in Mondolkiri and Kratie province.

Mr Prasidh comments, made on Thursday, contradict initial statements made by the Health Ministry, which blamed the tainted water on herbicides and also claimed villagers had died from drinking methanol-laced rice wine.

Nearly 300 villagers fell ill during the poisoning case earlier this month, leading to the death of 13 people.

Mr Prasidh said that some people blamed the poisoning on chromium run-off from herbicides and pesticides used on rubber plantations situated upstream from the Prek Ter stream, but noted herbicides do not contain such a substance.

Mr Prasidh said that his expert officials confirmed the poisoning was caused by a cyanide substance used for cleaning gold in Mondolkiri province that floated downstream to Kratie province. He said that the mining operators were both legal and illegal.

“They used it without a protection system and when it rained, the pool that stored the cyanide substance overflowed into the stream and caused poisoning,” Mr Prasidh said, noting that all gold mining must be controlled so that incidents could be prevented.

Speaking last week, several villagers in the area floated the idea of run-off from gold mines after authorities first said the stream was contaminated by pesticides and then said villagers had consumed bad wine.

The Ministry of Industry and Handicrafts had already issued its own statement two weeks ago saying that lab tests showed the rice wine had a methanol level of 11.22 percent, way above the maximum allowable level of 0.15 percent.

The Ministry of Health early this month also issued a statement, reiterating that villagers were poisoned from drinking methanol-laced rice wine and also from drinking water from the stream that had been contaminated with herbicides and pesticides. 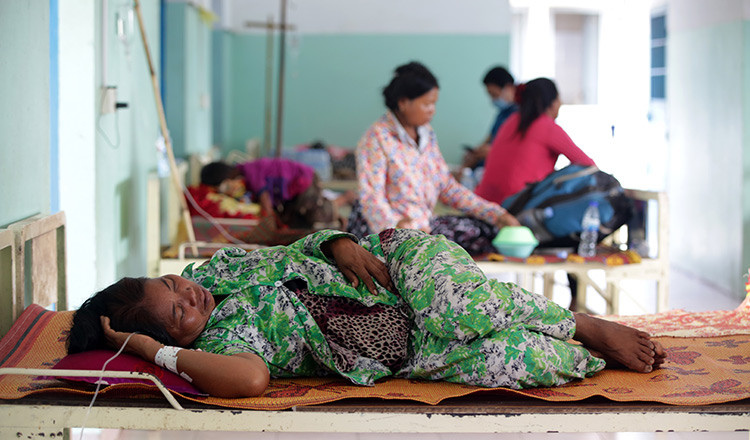 Ly Sovann, spokesman for the Health Ministry, said yesterday that the ministry has not reached a final conclusion.

“The Health Ministry does not have detailed results because we are not the specialized ministry,” Mr Sovann said.

Pen Lina, spokesman for Kratie Provincial Hall, said that he visited a gold mining area in Kratie province with officials from the Ministry of Mines and Energy, but operation had ceased.

“Most of the gold mining operations are in Mondolkiri province, so I cannot comment about this,” Mr Lina said.

“All villagers are returning to their villages and our authority continues to distribute clean water to them until we can build enough water wells for them,” he added.

Around 80 villagers in Mondolkiri were also hospitalised after drinking contaminated water earlier this month.

Svay Sam Eang, Mondolkiri provincial governor, could not be reached for comment yesterday. 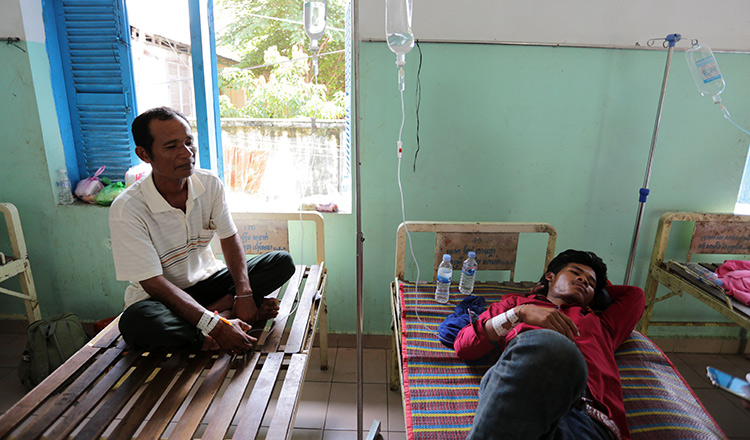 Alejandro Gonzalez Davidson, founder of the Mother Nature organisation, said that he found it strange that Mr Prasidh was the one talking about the issue, while the ministers of mines and environment, under whose purview falls mining and pollution of waterways, kept mum.

Mr Gonzalez Davidson said that Mr Prasidh gave an entirely different reason for the deaths of the villagers than that of Health Minister Mam Bun Heng last week.

“For me, only two reasons can explain this: total system failure, or a government cover-up as to what really happened,” Mr Gonzalez Davidson said. “We know for a fact that the use of cyanide and other dangerous chemicals is widespread in the out-of-control gold mining sector, and so I find it very feasible indeed that cyanide used in gold mining leaked into the waterways and is the main reason behind this mass killing.”