Three suspected drug ringleaders were arrested over the weekend for their alleged involvement in trafficking nearly four kilos of methamphetamine, ketamine and ecstasy in Phnom Penh.

All were accused by police of drug trafficking, and each face a life sentence if convicted. 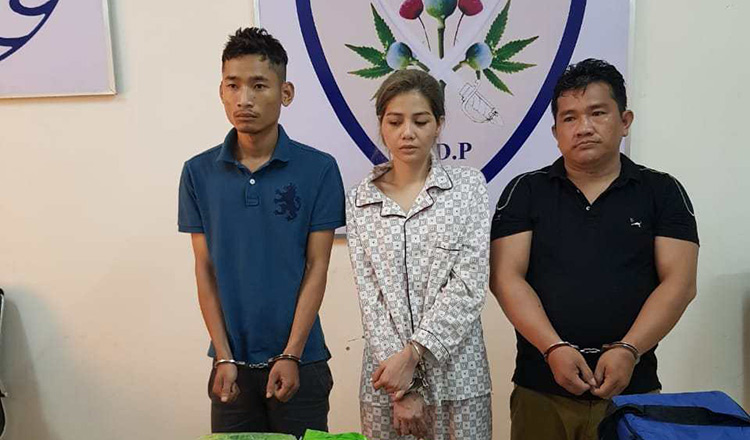 Mr Sithen was arrested on Friday at about 11.30pm in Daun Penh district’s Phsar Thmey 1 commune.

“He was arrested after he brought drugs to sell to undercover officers,” Lt Gen Vannak said.

Based on Mr Sithen’s interrogation, police then arrested Ms Dina at her rental house in Veal Vong commune on Saturday afternoon, he added. 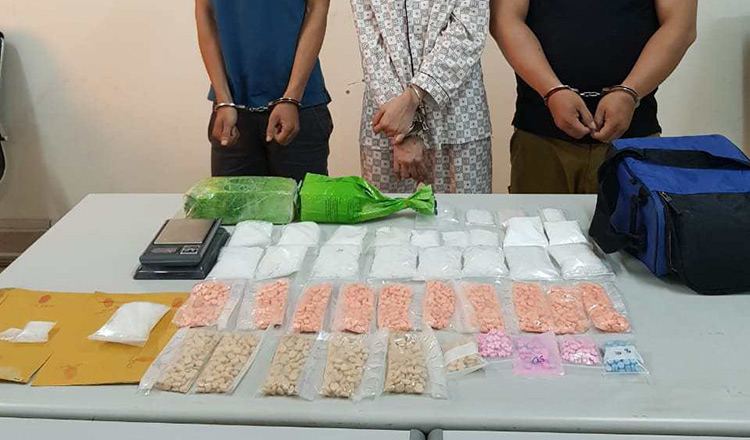 Police then seized 980.9 grams of ecstasy; 2,334 grams of crystal methamphetamine and 393 grams of ketamine from her.

After Ms Dina’s interrogation, police arrested Mr Rikhann at his rental house in Russey Keo commune the same afternoon, seizing 13.36 grams of drugs from him. The total weight of the drug seizures was more than 3.6 kilos.

The three were being detained last night for questioning and further investigation at the Interior Ministry.

They are due to be sent to Phnom Penh Municipal Court for questioning today.