A tractor driver employed to plough a rice field died instantly when his tractor ran over an anti-tank mine in Preah Vihear province’s Choam Ksan district on Wednesday.

“One person was killed in the explosion when he was ploughing the rice field. It happened at about 10am on Wednesday,” he said. “He died instantly and the body was handed to his relatives in Preah Vihear province even though he is actually from Prey Veng.”

District deputy police chief Has Yuth said the mine was left over from the civil war.

“It’s hard to know when there is a mine underground,” Mr Yuth said. “When it exploded, the mine blew the tractor apart, bursting its rear tyre. He died instantly at the scene even though his body did not appear to be badly injured.” 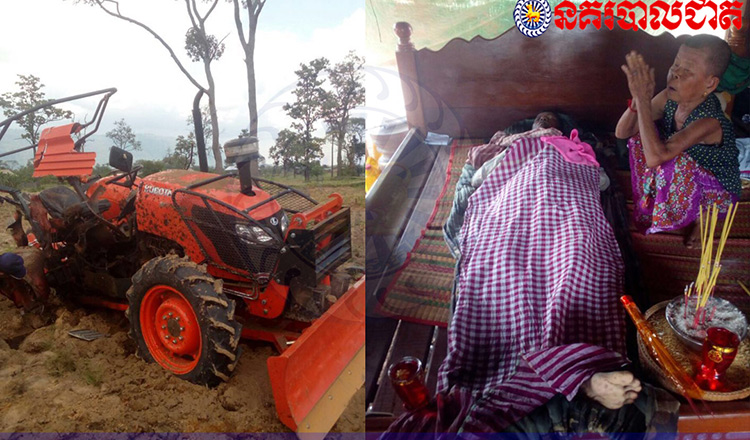 Mr Yuth said that because the area used to be a war zone, the area was still riddled with mines.

Authorities had educated people about the mines, telling them not to touch them or put anything on them. However, he said mine explosions in his district were not rare.

According to a Cambodian Mine Action Centre report, there were 39 accidents in 2017. The report said that of these, 20 cases were mine explosions and 19 were explosive remnants of war. When combined, these resulted in 58 casualties.

Of the causalities, ten people were killed, 35 people were injured and 13 people had limbs amputated, the report said.

Since 1979, a total of 64,720 casualties have been recorded by the Cambodia Mine/ERW Victim Information System as of 2017.