Home - The problem with plastic

The problem with plastic

Nothing beats the convenience offered by plastic products, as throughout its life cycle plastic can be reused in so many different ways, if not recycled into an entirely different product. As soon as it leaves the factory, it can act as a carry-bag for drinks, groceries, as containers for both foods and refuse. The list goes on, and it spans from purely functional to downright funny – as those who have seen plastic bags being used to protect the heels of the fashion-conscious crowd in the middle of tropical downpour can testify.

The versatility of plastic makes it ubiquitous, and as with everything that is ubiquitous, the price of a single sheet of plastic is extremely low – so in a way, the cost per sheet is definitely outweighed by the benefit of using one to carry one’s daily shopping. However, this is a short-term benefit –because unlike paper-based products, plastic is likely to outlive its user, as the majority of the plastic that ends up across Cambodia’s landfills and waterways, are non-biodegradable. In other words, the food scraps within it may go away, but the plastic is there to stay – blown across the streets like tumbleweed, or nonchalantly floating on Cambodia’s major waterways, turning the grandiose splendour of the Mekong and the Tonle Sap, into a sight to be lamented.

And it seems, the only thing harder to break than the plastic itself, is our dependence on it. According to Fondazione ACRA, the average Cambodian household uses ten times more plastic than their counterparts in more developed economies, and the impact can be clearly seen along the river due to the unique ebb and flow of the Mekong. Plastic waste gets trapped as the Mekong meanders along its lower basin, forming what appears to be an alarmingly buoyant-yet-stable platform made out of plastic and discarded Styrofoam – with some sturdy enough to support the weight of a human child.

While the government is doing its part by passing a bylaw to the curb the use of plastic by charging a (very small) levy for every plastic bag sold, such initiatives won’t have much impact unless Cambodians can extricate themselves from plastic’s octopi grip. So unless an ‘island’ of rubbish in the Mekong is a sight that one wants to see – keep plastics beyond your reach! 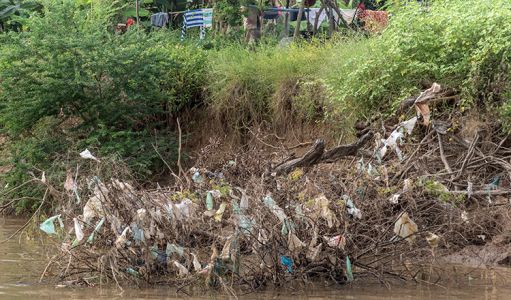 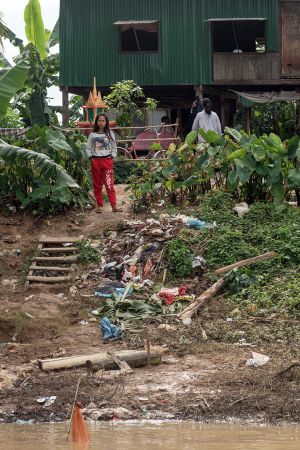 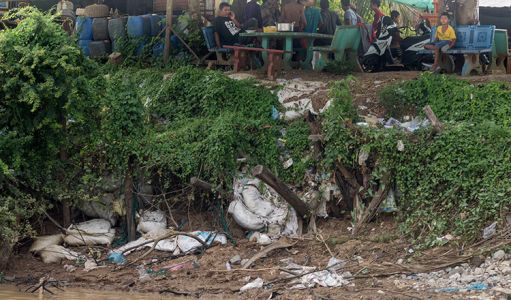 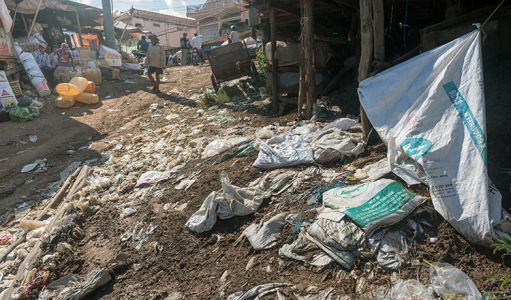 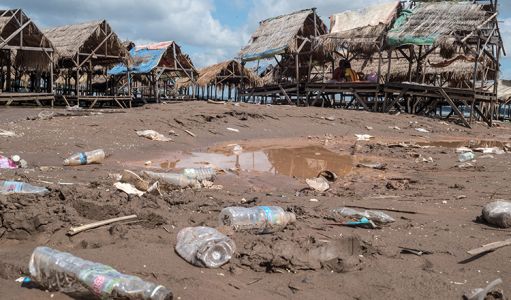 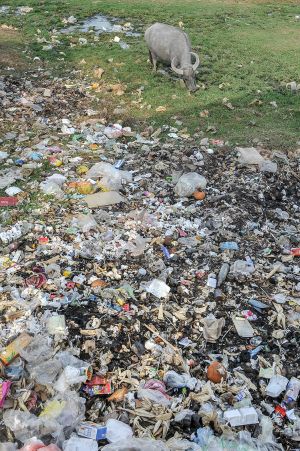 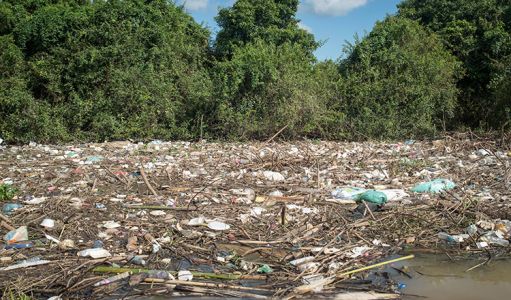 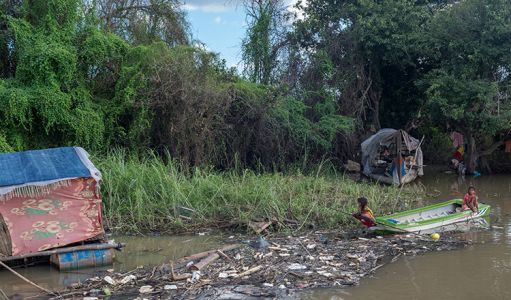