Watchdogs will not observe national poll

Two major election watchdog organisations have announced that they will not register observers at the National Election Committee to monitor the upcoming national poll in July since their situation room was blacklisted.

“We have decided not to register our observers at the NEC, but we will observe it unofficially outside the polling stations as citizen observers,” said Sam Kuntheamy, Nicfec’s executive director.

“We think this election will be carried out smoothly without much irregularity and some of our observers have resigned,” Mr Kuntheamy added.

Korn Savang, monitoring coordinator for Comfrel, said on Tuesday that his organisation decided not to observe the election because the government has banned it from gathering with key partners as it did during the June 4, 2017 commune elections.

“The reason that Comfrel and other organizations decided not to observe is because the government will not allow us to create situation room, and it has put the situation room members on a list accused of aiding a colour revolution, so we are very afraid,” Mr Savang said.

Thirty-eight civil society groups formed a ‘Situation Room’ to monitor the June 4 commune elections, but it was later investigated under the Law on Association and Non-governmental Organisations. The investigation concluded the consortium should have registered with the ministry as a single entity according to the law. 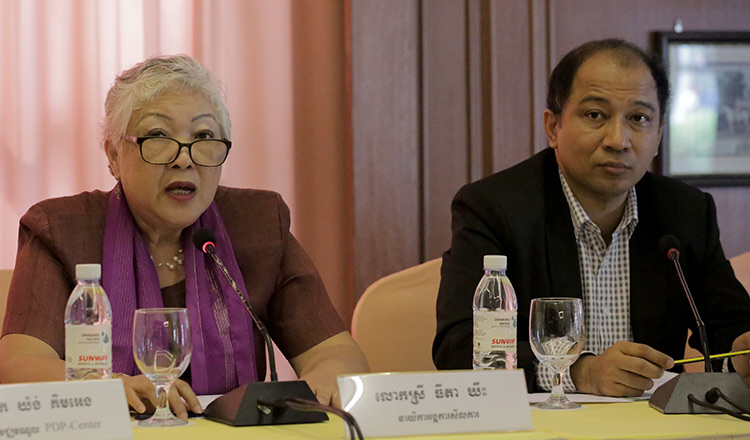 Former opposition leader Sam Rainsy, who lives in exile, has also called for the public to boycott the poll on July 29 since the now-dissolved CNRP could not be reinstated to contest the election.

Meanwhile, the Cambodian Confederation of Union has expressed its concern that the election will not be free and fair without the CNRP’s participation.

NEC spokesman Hang Puthea said that it was the rights of organisations if they intended to monitor the election or not.

“This does not affect the electoral process on July 29 because the law states that any organisations can or cannot deploy observers to monitor the election,” Mr Puthea said.

The NEC yesterday officially recognized royalist Funcinpec Party along with four other parties to participate in the upcoming election.

Dim Sovannarom, spokesman for the NEC, has confirmed that five political parties have been officially recognized by the NEC.

Hundreds of villagers demand their land