The incident allegedly took place on April 21 at his villa in Dangkao district’s Prey Sar commune.

Lieutenant General Sok Khemarin, director of the ministry’s penal department, said yesterday that Mr Chamroeun had been arrested. Ministry police sent him to the court for questioning.

“He was arrested over his involvement in the shooting,” Mr Khemarin said. 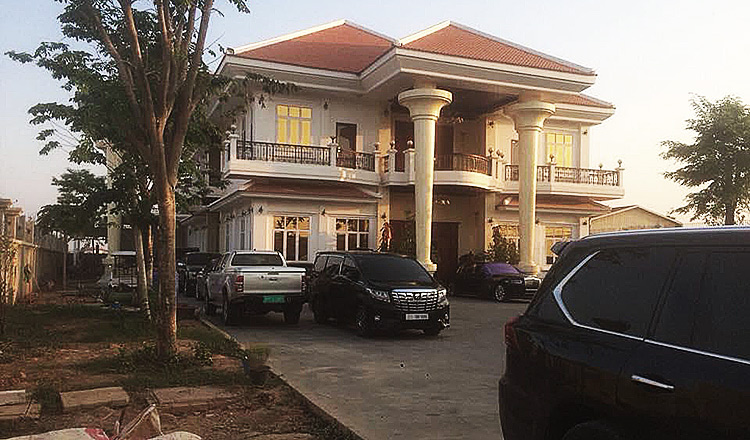 According to a royal decree signed by the King, Mr Chamroeun and his wife Kea Sokeang were given the tycoon title on April 12, 2018, about a week before the incident happened.

A police officer in Dangkao district said Mr Chamroeun fired the shots to threaten his wife and his mother-in-law in his house.

They did not dare go into his villa, even though the tycoon’s father-in-law gave them the authority to enter the villa. Choem Sitha, Dangkao district police chief, declined to comment.

Pol Ratana, deputy director of the Interior Ministry’s penal department, who is in charge of the case, also declined to comment.

Ly Sophanna, spokesman for Phnom Penh Municipal Court, could not be reached for comment.