Prime Minister Hun Sen said that he continued to go to the provinces to meet with workers and people as he did since early 1990s when he drove an old motorbike, visiting villagers in rural areas.

Mr Hun Sen yesterday posted a picture of him wearing a scarf around his neck and driving an old motorbike.

“This picture is reminding me of the past that I always travelled to provinces in order to help the people in villages, communes and remote areas to make them accessible to clean water to use, to irrigation system and canals for the villagers to do farming and grow crops,” he wrote.

Mr Hun Sen said that previously he made trips by driving a motorbike to meet with the people on the ground because roads were very difficult to travel due to destruction by wars, but today there are good roads, bridges and many kinds of transportations, both in the city and provinces which showed that the people’s living conditions were better. 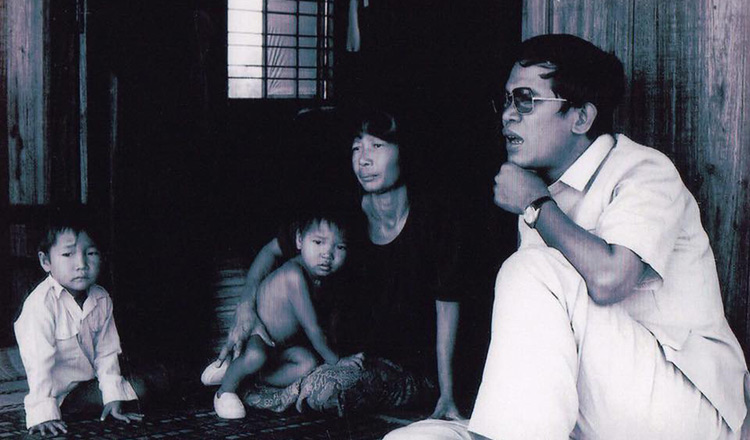 “At this time, you can also see me going down to each factory to meet with you [workers]. Going down to meet in person is the opportunity to get to know your situation and find good solutions for all of you,” he said “ And to help you gain more attention from the factory’s owners and also to get decent wage, benefit and so on,” Mr Hun Sen said.

Far Saly, president of National Trade Unions Coalition, said yesterday that he supported Mr Hun Sen for visiting garment workers at factories and to help solve plights the workers have faced, including increasing the minimum wage, and providing health insurance and pensions.

“His visits will make him know what difficulties garment workers struggled to cope with. I am very happy to see him doing this with garment workers and also informal workers,” Mr Saly said.

He said that he hoped that the premier will help to increase the minimum wage for garment workers.

“I hope that in 2019, the minimum wage for garment workers will increase to $200 per month and it can be a gift by the Prime Minister to workers when he wins the election,” Mr Saly said.