Youths key to peace: Hun Many

The president of Union of Youth Federations of Cambodia has called on youth across the Kingdom to take up the helm and ensure the protection of the nation from domestic and international threats.

CPP lawmaker Hun Many, who is also the federation president, said on Monday that youth across the nation are key to maintaining peace.

“The next youth generation must vow to maintain and support the harmony of the country and develop the country,” he said.

Mr Many made the comment while leading more than 600 people to wish King Norodom Sihamoni a happy birthday on Monday afternoon. 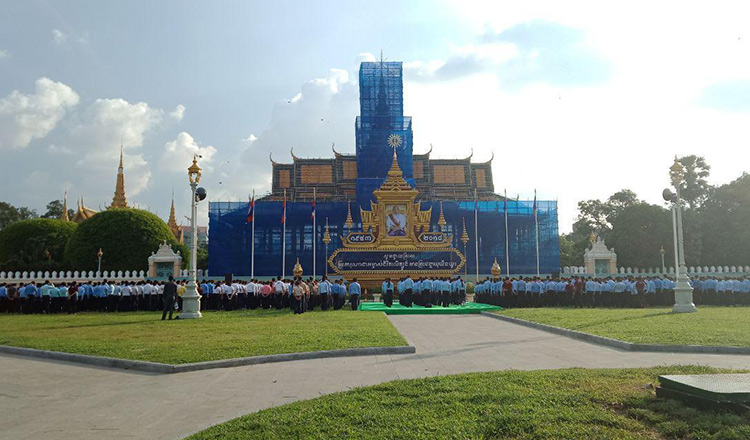 In a statement that followed, Mr Many said that he led the group of youth for a ceremony to mark the King’s birthday in order to pay respect to the great work he has done for the nation.

On Sunday Mr Many called on all relevant authorities to arrest suspects after doctored pictures were used to insult the King.

Mr Many on Sunday wrote on his Facebook page requesting that all relevant authorities take measures against anyone who insulted King Norodom Sihamoni.

“This is not acceptable!! And this is not the first time!” Mr Many said. “ I, Hun Many, parliamentarian and a Khmer respect and love the King. I absolutely condemn this bad act with no morality for doctored pictures that insulted the King who is revered by all Cambodian people.”