Twenty political parties registered to participate in the upcoming national election in July as the 15-day window to register candidates came to an end yesterday.

Dim Sovannarom, spokesman for the National Election Committee, said during a press conference yesterday that 20 political parties have registered to contest the election on July 29.

“In total, 20 political parties have registered at the NEC,” Mr Sovannarom said. “The NEC will carry out its duty according to the law to ensure the electoral process is free and fair.”

He said that the NEC will follow its procedure to review the documents of the other 16 political parties that have registered.

Mr Sovannarom said that 20 parties are taking part in the election on July 29, noting that eight political parties took part in the 2013 election.

“Whatever percentage of people turn out to vote, the election’s result will be officially accepted and no one can reject it,” Mr Sovannarom added. 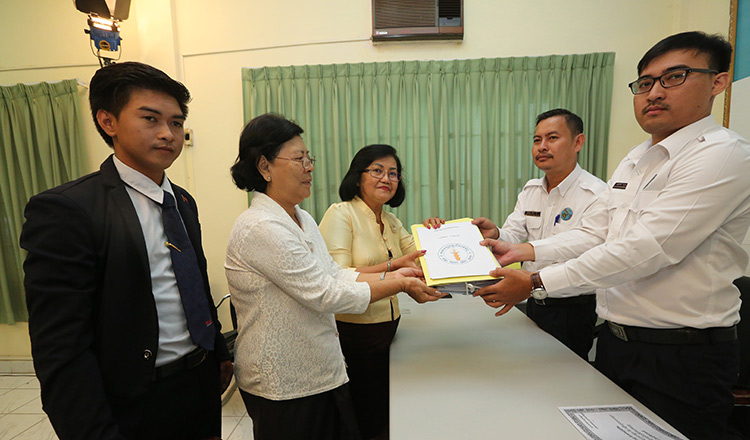 Former CNRP opposition leader Sam Rainsy, who lives in exile, has called on the public to boycott the election.

Meanwhile, several minor political parties announced that they will not partake in the upcoming election, saying that it will not be free and fair since the political impasse between the CNRP and the ruling CPP has not been ironed out.

After registering his party at the NEC yesterday, Kong Monika, youngest son of former senior CNRP Kong Korm and president of the Khmer Will Party, said that his party fielded candidates in all 25 provinces.

“We are a young political party and we want to give a chance for the young generation to take part in the election and bring positive changes to Cambodia,” Mr Monika said, noting that supporters of the now-dissolved CNRP will vote for his party.

“After the CNRP was dissolved, the people feel reluctant, so the Khmer Will Party is a new choice for them, especially former supporters of the CNRP,” he said.

Mr Monika said that he hoped his party would gain at least one seat in the National Assembly.