Annually on May 9 Russia celebrates one of its main holidays – Victory Day. This date marks the victory of the Soviet Union over Nazi Germany in the Great Patriotic War (a part of World War II) in 1945, during which about 27 million Russian citizens gave their lives fighting fascist forces. In order to honor the memory of these people as well as to counter falsification of history and glorification of Nazism, Russian youth associations organised the commemorative procession called the Immortal Regiment several years ago, which has become a large-scale event unifying like-minded persons all over the world. On May 9 Russians living in Cambodia organised such event in Phnom Penh. Among those taking part in the procession were Russian nationals, the Embassy’s employees and the Embassy’s school teachers and students, Cambodian graduates from the Russian universities representing the Lidee Khmer Association, H.E. Touch Visal Sok, Under Secretary of State of the Ministry of Education as well as members of the Union of Youth Federations of Cambodia. All in all, about 180 people joined the event. 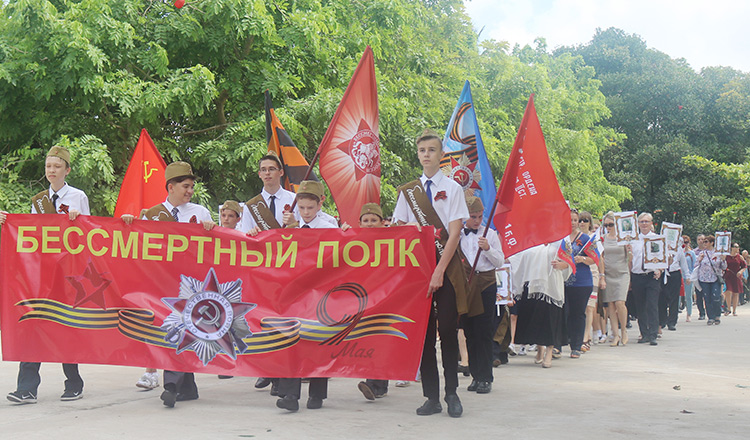