Home - The DOG WHISPERER from Cambodia

The DOG WHISPERER from Cambodia

Rattana Hin has spent years working with dogs in Cambodia. As a professional dog trainer, he knows that dogs are more than home pets, more than bomb detectors, and more than rescuers. Dogs are an essential part of the community. With big dreams of creating a healthy, happy and safe environment for both dogs and humans, Rattana Hin joins National Geographic’s Cesar’s Recruit: Asia – a cable TV show that starts today, which sees Cesar Millan search for the perfect person to carry out his mission to prevent dog abandonment and bring harmony to dogs and their owners. Rattana Hin shares his passion for dogs with Eileen McCormick.

GoodTimes2: You are the first Cambodian to be part of a National Geographic show. Can you tell us about it?

Rattana Hin: Yes, I’m the first one to represent Cambodia on National Geographic’s Cesar’s Recruit: Asia. It’s a complicated competition. This is the second season of the show. I am really excited to represent Cambodia because my main goal in joining the reality show is to put Cambodia on the map and raise awareness on the dog environment Cambodia has. The Dog Evolution, so to speak. What has happened in the last few years when there was a “dog boom”? I also want to highlight the sad fact that dogs are still being cooked and eaten in Southeast Asia.

The Cesar’s Recruit Asia is a competition where dog trainers across the continent compete in taming and training dogs. The winner will eventually become Cesar’s recruit to help him achieve his goal of creating a happy and safe world for both dogs and humans. As I show the world how I, as Cambodian, understand the nature of dogs, I also want to encourage them to give their pet dogs necessary care – vaccines, food, shelter, happy environment. That’s the real purpose of this show. That’s the purpose of my participation in the show.

GoodTimes2: When did you get into dog training?

Rattana Hin: I got into dog training in 2006 or 2007. I wanted to gain knowledge to become a trainer so I went to a school, sort of like a veterinary school. But instead of diagnosing dogs for diseases, I was instead taught how to identify behavioural issues of dogs. It was not a quick training. It actually took me years of working one-on-one with dogs before I became an expert dog whisperer.

GoodTimes2: When and how did dogs become domesticated in Cambodia?

Rattana Hin: The Angkorian temples and sculptures depict many animals – elephants, crocodiles, lions, fish, horses, monkeys, turtles, cows and even dogs. But not domesticated dogs per se. There is a lot more historical traces on cats becoming domesticated animals because many communities believe they bring good fortune. Also, no one curses people by calling them a cat. But if you call someone a dog in Khmer, you’d surely sound rude. It’s possible servants or people of low class during the Angkor time might have been part of the dog class, or maybe other animals were considered even higher or better than servants and domestic workers.

GoodTimes2: How do Cambodians train their dogs?

Rattana Hin: Yes, many Cambodians don’t really train their dogs – like the professional way. It’s because they’re not aware of such trainings. All they do is play with their dogs. Sometimes, they follow what they see on YouTube videos. When you come to think of it, they’re actually training their dogs some tricks and stuff even without them realising it. You train a dog when you’re doing ways to change or shape its behaviour to a more acceptable, more beneficial manner.

GoodTimes2: Is there a demand for dog training in the country?

Rattana Hin: Currently, there isn’t really a high demand for dog trainings in Cambodia. Here in Phnom Penh, there is another dog trainer who started since 2011. I just started in 2015, not too long ago. However, I noticed that many people now want their dogs to behave in ways that are appropriate to the family’s lifestyle and living standards. That’s why they contact trainers and send their dogs for some “schooling.” Pet owners are now motivated to shape their dogs’ behaviours so they can be more friendly and safer to keep at home.

GoodTimes2: Do you have any personal favourite breed of dogs? What breed should people get as pets?

Rattana Hin: I really love the Belgian Malinois – a variety of the Belgian Shepherd dog. It’s a French name for the breed’s city of origin, Mechelen. These dogs are considered working dogs since they’re tasked to detect odours of explosives, accelerants and narcotics. They also track humans and are used for search and rescue missions.

For people who want to have dogs, I recommend they get a breed that suits their lifestyle. They should have a dog that can adapt to their environment, and vice versa. Owners and pets should be living harmoniously. I recommend they adopt dogs if they can – dogs from the streets or those that have been rescued by pet-centered organisations. There’s no shortage of it, honestly.

GoodTimes2: Is there any book people can read to gain more understanding on the behaviours and needs of dogs? 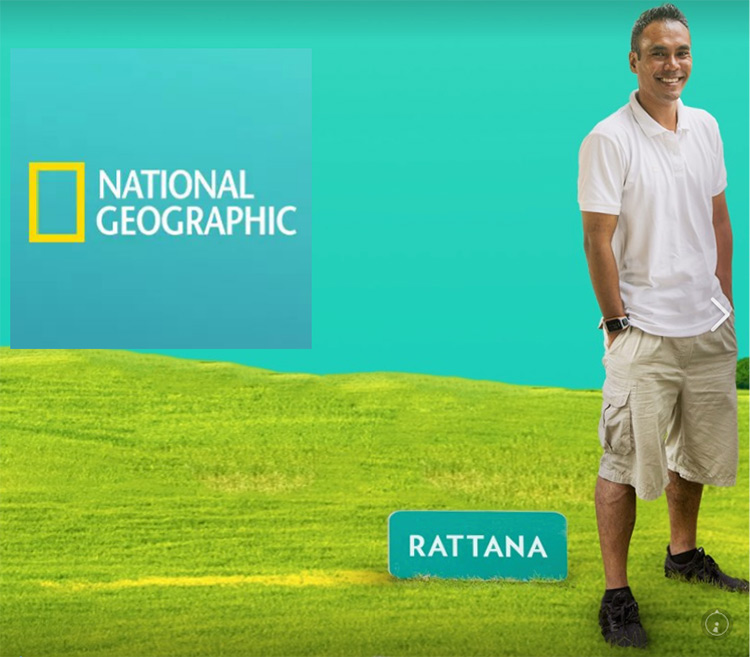 Rattana Hin: There are several books and references people can read so they’d have wider knowledge and understanding on how and why dogs act in certain ways. But I’d personally recommend “Don’t Shoot the Dog!” by Karen Pryor. It’s really a good read for those who want to get dogs for themselves. It’s a good start for one to know how to train their dogs and spend quality time with their pets.

GoodTimes2: What are some of the most common behavioral issues you have seen among dogs in Cambodia?

Rattana Hin: The most common issue I’ve seen and known here in Cambodia is the aggressiveness of dogs and owners who do not know how to tame their pets. Dogs are really sweet animals. But when the owner is not responsible enough to take good care of them and give them proper treatment, dogs become aggressive. These animals would tend to go a little wild and sometimes may hurt people. But that’s because they feel threatened or harmed. I think the issue isn’t really about dogs. It is about people who do not show them affection and care. The problem is with humans. We oftentimes fail to understand that dogs have different needs, and they have different brains. But if people learn to have deeper understanding and be better pet parents, they will realise that having dogs around the house is a real blessing. 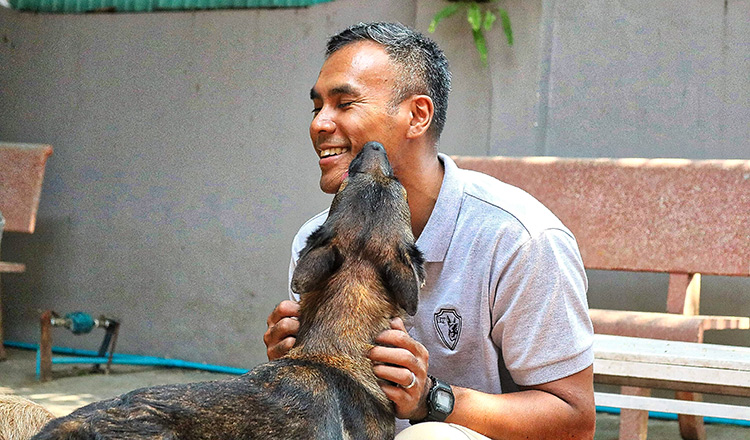