Slaughtering, killing, forced labours, arranged marriages, phased-out religions and currencies – these are but common themes many Cambodian writers do to share the brutality of the Khmer Rouge regime, to tell the world the story of Cambodia when its very own people robbed it off of dignity and peace. But over the years, these stories had been told by male writers – brave ones who took their hardships as inspirations for great literary pieces.

But female writer Yeang Sakuny was determined to break the glass ceiling in the country’s literature. She published a book of her own, detailing how people died and survived in 1975. Through her book, Crow Flies Away, Ms Sakuny gave way for women to tell their stories, too. The book, containing masterfully written poetry in Khmer styles, won first place in “7 January” Literary Competition in 1997.

Ms Sakuny takes her readers to the life of Sopheak, a boy who lives in a pagoda and aims to get higher education despite poverty. During the Pchum Ben Festival, Sopheak asks the monks if he could visit his family in the province. As most of us know, Pchum Ben is one of the most important festivals in the country, where all family members gather together.

Born in 1978, Sopheak only has his mother and his blind grandmother with him. All of their other relatives were killed by Pol Pot’s men. When he comes back home, he sees his mother, Noun, struggling through life. Noun wants to give his only living child a good life, and she’s determined to not let him experience hardships. 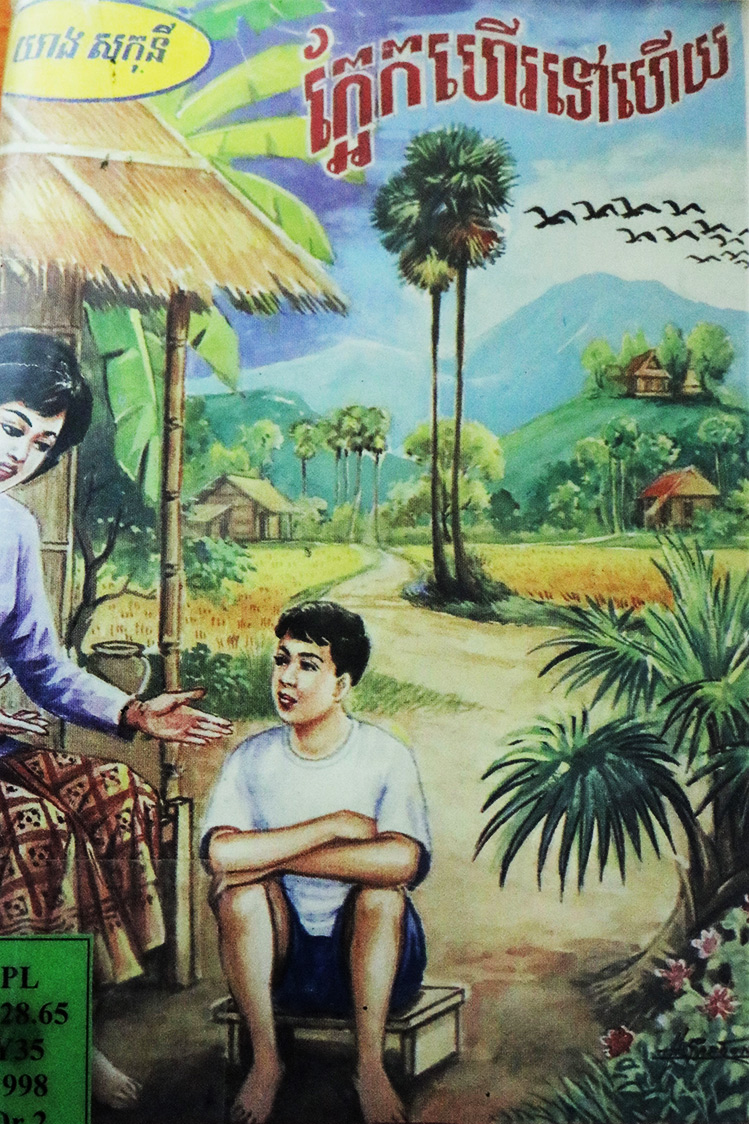 But even at a young age, Sopheak sees what his family is going through and asks his mother the real story behind their poverty.

Noun, who fortunately survived the brutal regime, doesn’t want to recall the past anymore. What she went through during the Year Zero was traumatising and painful. But she doesn’t want to disappoint Sopheak as well. So she tells her story to his son. She talks about how she and her family was forced to work nonstop and how they were ordered to wear only black clothes. Nuon was pregnant in 1976. But her son Sophol was then killed.

Noun used to have a daughter, too, named Sophea. She was raped by three cadres after she was caught taking potatoes. In this scene, writer Yeang Sakuny uses creative but still painful words to describe the tricks and brutality of cadres.

Sophan, Sophea’s father, sees the brutality against her daughter. He killed two cadres. However, Sophea was stabbed by the surviving cadre. Tragically, her father is also killed after he gets accused of treason by the Angkar.

When the Khmer Rouge was driven away, it was like a crow – large, black perching bird –has also flown away and took all the darkness and sufferings with it.

After hearing the stories, Sopheak gains full understanding on Khmer Rouge and how it affected his mother and all the other victims. Sopheaks promises to study harder, gain good education and be a positive part of this new society.

What does your future hold?