According to the statement, the Department of Public Works and Transportation, and the Overseas Cambodia Investment Corporation, the company designated for the construction, sent a team of engineers yesterday morning to check on the bridge following reports that it was being deconstructed from the bottom up.

The statement said that it was in fact scavengers transporting leftover steel from the former construction site. 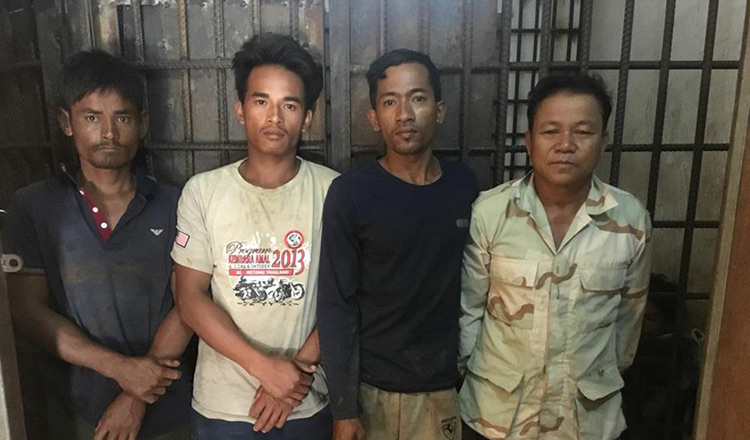 He identified the men as Moh Moud, 30; Mat Kriya, 56; Ty Smankoh, 17 and Tiet Artok, 17. They were found to be fishermen scavenging metals and were released shortly after. “After they were questioned we found out that they just went there to collect metal pieces that remained from the construction period,” he said.

An unnamed security guard who was posted at the bridge said that he had seen people on a boat filled with metal pieces and feared that they were thieves stealing pieces of the bridge. He blamed the misinformation on an article he had read on Facebook.

“Online news saying that people came to cut metal pieces from under the bridge travelled quickly,” he said. “It only spreads fear to people travelling on the bridge. They were only collecting the remaining metals, not destroying it.” 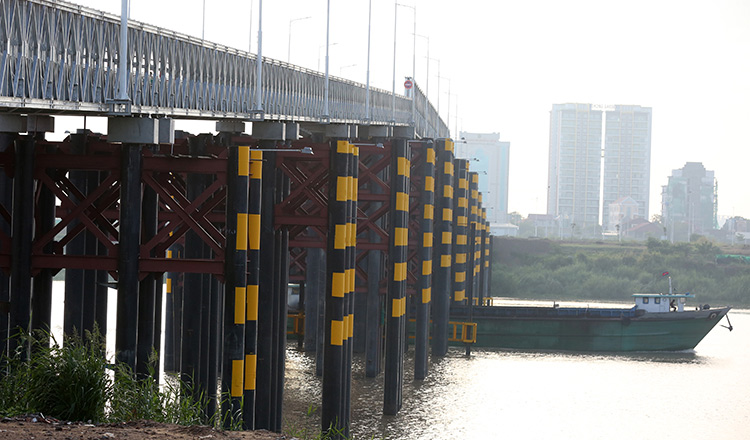