The Foreign Affairs Ministry yesterday assured China that the 2018 national election will be free and fair, stressing that the ruling CPP is facing off against multiple opposition parties.

A meeting was held yesterday between Foreign Affairs Minister Prak Sokhonn and Liu Shaobin, director-general of the Department of External Security Affairs at the Chinese Foreign Ministry.

Ministry spokesman Chum Sounry said that the Chinese government reiterated its stance to fully support Cambodia’s election process. He added that Mr Sokhonn assured Mr Liu that the national election will be free and fair.

“The minister confirmed that at least ten political parties will participate in the election,” Mr Sounry said, adding that Mr Sokhonn told Mr Liu that some of those parties are in opposition to the ruling CPP.

“His excellency affirmed that the election process will be democratic, free and fair,” Mr Sounry said. 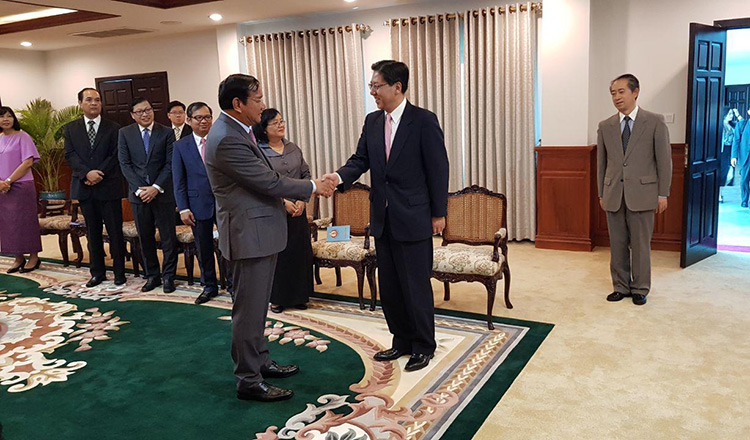 The Cambodian government earlier invited several countries, including China and Indonesia, to participate in the monitoring of the 2018 election. The Chinese government has also donated equipment, such as ballot boxes, to the National Election Committee for the election.

During the meeting, Mr Sokhonn and Mr Liu said that all measures must be taken by the Cambodian government to protect and preserve peace, political stability and the esteem of the nation.

Three parties have thus far registered candidates for the election in July with the NEC, including the ruling CPP, Cambodian Youth Party and Cambodian Nationality Party.

Fourteen other parties have also received application forms from the NEC.

Board wants engineering on university curriculum